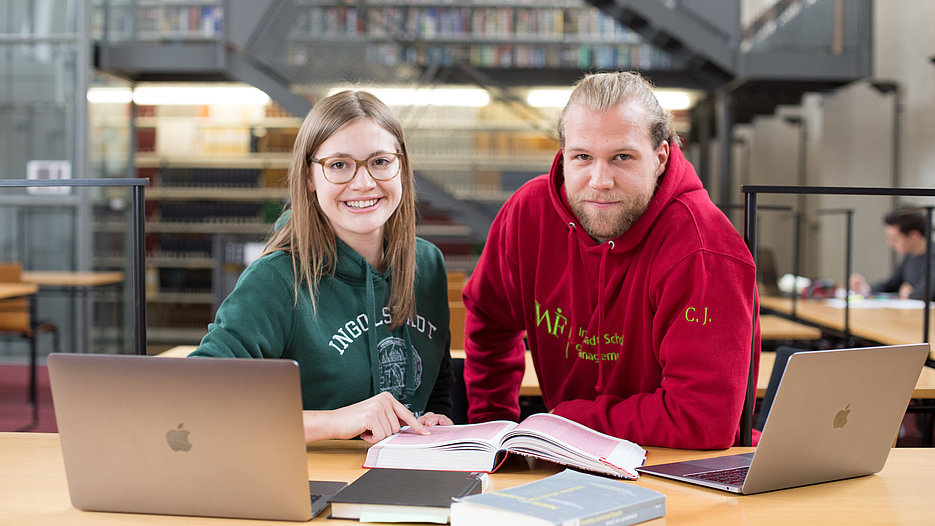 On November 7, 1989, the KU took up its teaching practice at its business and economics faculty, the Ingolstadt School of Management (WFI), with 80 students and eight chair holders. Three decades later, the WFI has celebrated its anniversary on Wednesday, November 13, 2019, on the occasion of its Dies Oeconomicus. Despite its young history, the WFI is one of the most renowned locations for research and teaching in the field of business and economics in the German-speaking world, as is regularly confirmed by numerous top positions in university rankings and surveys carried out among students and HR managers. Meanwhile, the WFI has over 1000 students and 22 chairs, offers a broad range of programs and collaborates with international partner universities and selected partner companies. Right from the beginning, the WFI has integrated required business and corporate ethics courses into the study programs so that students can further develop their sense of social responsibility, which is indispensable for sustainable social and economic development.

From the 1970s onwards, there were initial plans to establish a medical university in Ingolstadt in order to continue the city’s long-standing academic tradition that began with the first Bavarian university in 1472 until 1800. While these aspirations remained fruitless, the wish for a higher education institution continued to exist. “In the 1980s, discussions started to intensify again in view of the academic developments in the neighboring Eichstätt”, wrote the late Founding Dean of the WFI, Prof. Dr. Eduard Gaugler, who passed away in 2014, in a review of the faculty’s history of origins. In his capacity as a professor at the University of Mannheim, Eduard Gaugler had been commissioned by Nikolaus Lobkowicz, then President of the KU, to prepare an expert opinion on the idea of a new faculty in Ingolstadt together with the professors J. Heinz Müller (University of Freiburg) and Anton Rauscher (University of Augsburg). The experts’ positive assessment laid the foundations for further steps on the way towards the WFI, which – as Gaugler wrote – both Cardinal Friedrich Wetter and the Bavarian dioceses had increasing trust in and which “was actively supported by the Ministerpräsident Franz Josef Strauß and education minister Hans Maier”. Eventually, representatives of the KU and numerous external experts formed a structural advisory board in 1988 which had the task of developing the conceptual and content-related orientation of the new faculty.

In order to be able to launch the new faculty as soon as possible, the KU also had to find suitable professors in a very short time. One of them was Prof. Dr. Leo Schuster who transferred to the WFI from the University of Sankt Gallen upon establishment of the faculty and took over the Chair of General Business Administration, Financing and Banking Management. In addition, he was the first vice dean of the WFI and succeeded Founding Dean Eduard Gaugler in his office from 1991 to 1993. Schuster remembers: “Daring a fresh start was something special. The first contact with Founding Dean Gaugler, President Lobkowicz and the then Director of the Foundation Beyer was very welcoming and promising.” The foundation of the new faculty also brought quite practical challenges: Since the former mission house of the Steyler Missionaries – today the Main Building of the WFI – was not yet completely ready for the young faculty to move in, the teaching practice was inaugurated in the Großer Saal of the Ingolstadt district court. “Also the students displayed a certain pioneering behavior which manifested itself in active and collaborative participation”, said Schuster. In retrospect, the first ten years were indeed a certain venture and were marked by a slowly and gradually growing number of students and the establishment of a teaching staff with qualified professors and assistants. This was also the main task of the first deans. “Quite a number of colleagues remained loyal to Ingolstadt and shaped the faculty both personally and professionally”, says Schuster, who himself worked at the WFI until his retirement in 2000. Furthermore, the faculty started early to expand its network with international universities in order to be able to offer students and lecturers possibilities for exchange. 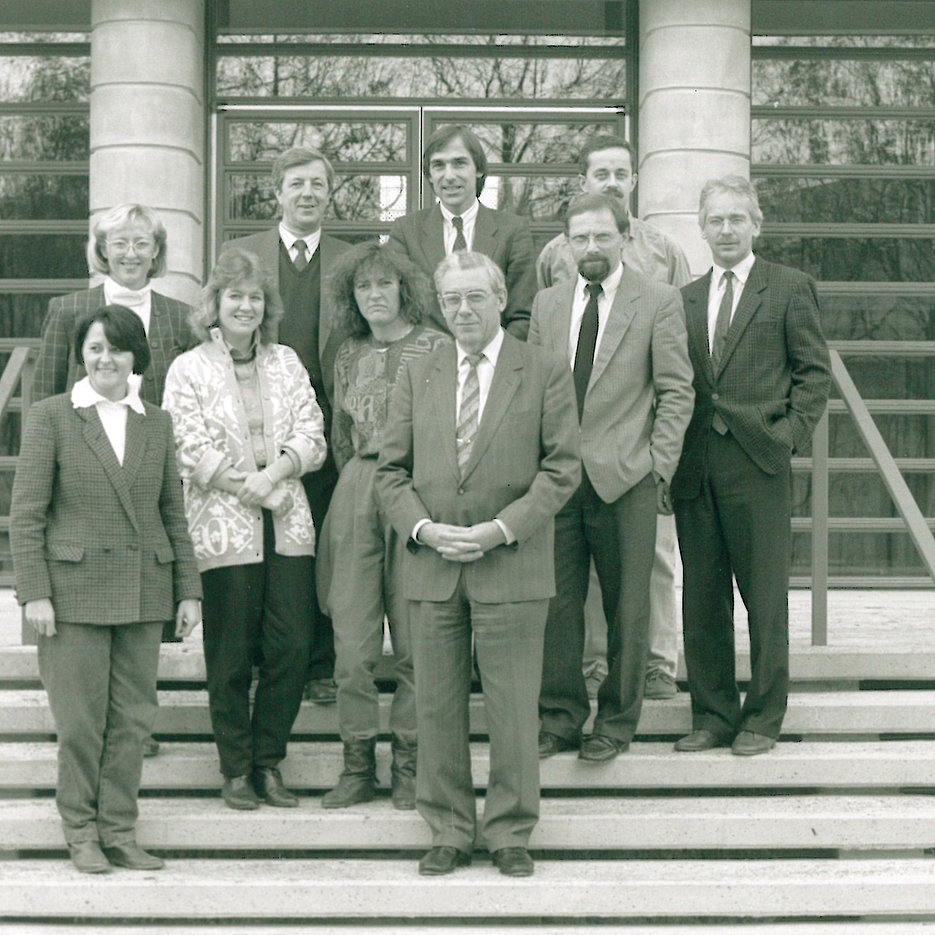 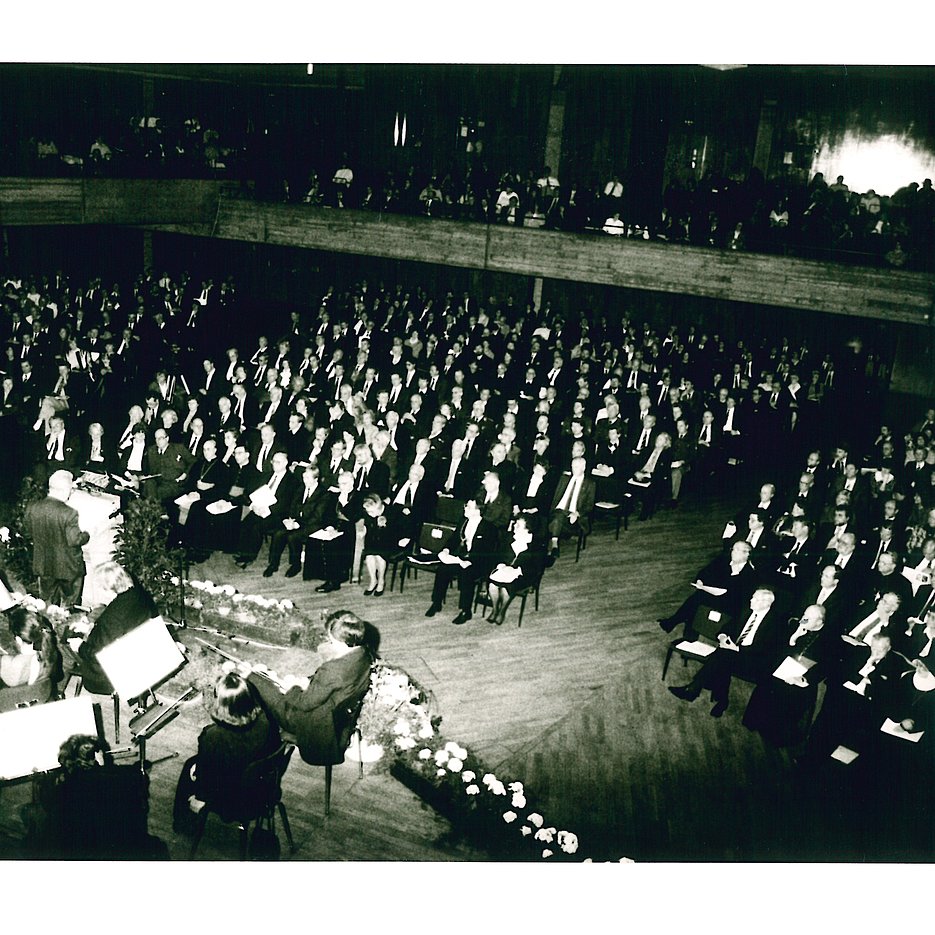