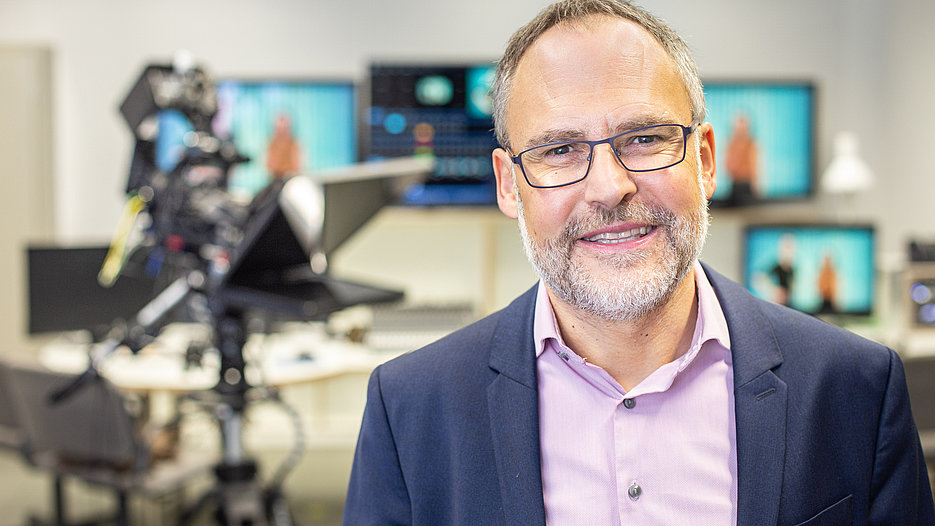 Which type of journalism is relevant and has a future? How do innovations in journalism influence the quality of reporting and thus the public in democratic societies? These are the central questions that are approached by a new research project on the development of journalism in Germany, Austria, Switzerland and Spain that is led by Prof. Dr. Klaus Meier (Chair of Journalism I at the KU) and has a duration of three years, starting in fall 2020. In addition to the KU, the Zurich University of Applied Sciences in Switzerland and the CMC Institute at the Austrian Academy of Sciences / Alpen-Adria-University as well as the Research Association Medienhaus Wien in Austria are also involved in this research project. It is funded by the German Research Foundation (DFG), the Austrian Science Fund (FWF) and the Swiss National Science Foundation (SNF). The project is titled "Innovations in journalism in democratic societies: Index, Influence and Conditions in an International Comparison" and has a total volume of approximately 1.3 million euros. Just over 50% of the funding is provided by the DFG and flows into the research work of Klaus Meier and his team.

The project leaders Klaus Meier, Andy Kaltenbrunner and Matthias Karmasin (Austria) and Vinzenz Wyss (Switzerland) describe: "We experience a torn public, fragmented democracies and so-called post-factual political discussions. These are great challenges. Using practice-oriented fundamental research, we seek to analyze how innovations can advance professional quality journalism". Such innovations include investigative research teams, journalistic start-ups based on donations or membership fees, data journalism or the use of platforms such as Facebook, Instagram or YouTube - with all the opportunities and risks involved.

Research projects on media innovation have so far focused on the manifold economic and technological influences on journalism and have investigated how traditional and new media organizations are economically viable. Little research has been done regarding the effects on journalistic quality. The project aims to address these research deficits.

The work is based on theoretical approaches and empirical findings of economic and social innovation theory and on a normative theory of journalism. Dozens of case studies and expert panels in German-speaking countries are planned, but also comparisons with other European countries.

The D-A-CH (German-Austrian-Swiss) consortium will be supported by the Spanish journalism researcher Jose García Avilés and his team from the Universidad Miguel Hernández in Elche (in the region of Valencia) within the framework of a DFG Mercator Fellowship. The researchers there are among the first in the world to produce a scientifically based innovation ranking. Jose García Avilés and his team are directly linked to the KU via DFG funding.

In total, more than a dozen researchers will be working on this project starting in fall 2020. The research findings are intended to provide international orientation and advice both for media policy and for the organization of media and editorial offices, in order to promote innovations that strengthen the quality of journalism and its role in society.