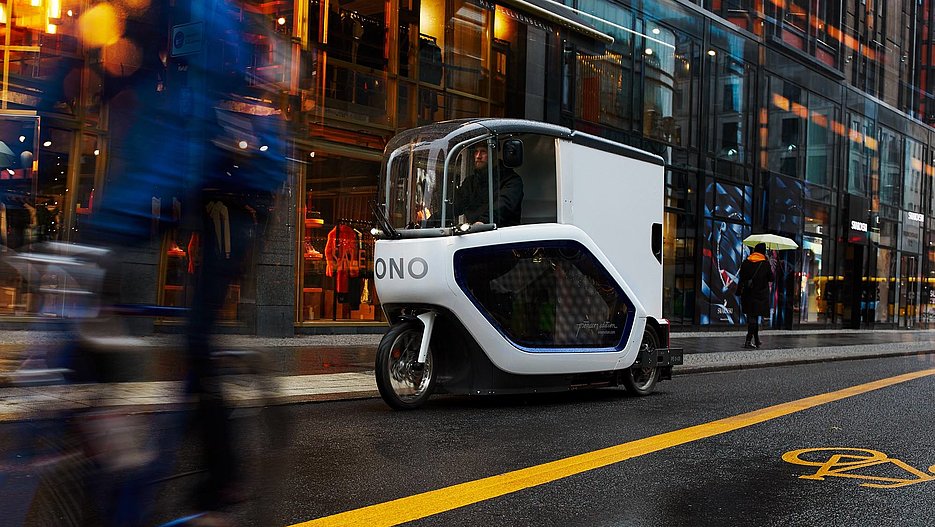 Cargo bikes could play a much bigger role in the delivery of parcel mail in inner cities than in the past. This is revealed by a new study conducted by the KU and the Technical University of Munich (TUM) using the example of the cities Munich and Regensburg, where around 15 percent of CO2 emissions caused by deliveries could be avoided. The team of researchers has developed a planning tool that companies and municipalities can use to determine the potential of cargo bikes for individual urban areas.

Online retailing was already booming before the pandemic. Just one mouse click and a delivery truck is at your door a short time later. However, home delivery also has its price for humans and the environment: A significant proportion of car traffic in cities is caused by parcel delivery. Cargo bikes offer an alternative to delivery trucks. Cargo boxes that are larger than privately used models can hold around 50 parcels. So far, however, e-bikes have only been used sporadically by logistics companies.

Mobility and economics researchers at TUM and the KU have now investigated the potential of cargo bikes using the cities of Munich and Regensburg as examples and have developed a planning tool. "With our study, we show what additional infrastructure is needed so that the bicycles can be used efficiently: So-called micro-depots, which need to be placed at strategic locations in the cities", explains the head of the study, Pirmin Fontaine, Junior Professor of Operations Management at the KU. Trucks bring the goods to these containers and from there they are delivered to customers using cargo bikes. Parcels could be delivered to the depots when traffic volume is light.

However, this form of logistics is not worthwhile in all areas of a city. "Cargo bikes show clear advantages especially where there is high building density, where the distances between recipients are short and where delivery trucks have limited parking options", says Stefan Minner, Professor of Logistics and Supply Chain Management at TUM. The team of researchers has developed a tool based on a mathematical optimization model to identify such areas.

However, these model calculations have also shown that the use of cargo bikes would only mean a small cost saving effect for the companies. Although delivery trucks incur higher basic costs, the total number of tours would inevitably be higher due to the lower load capacity of cargo bikes.

There would be further savings potential if several logistics companies cooperated to avoid overlapping tours. The researchers have calculated that with two companies pooling their logistics, the kilometers driven for parcel delivery could be reduced by up to 29 percent, and with three partners by up to 42 percent. "When logistics are consolidated in this way, i.e. when several service providers cooperate, the result could even be greater cost advantages", explains Junior Professor Pirmin Fontaine.

In order to enable companies to integrate cargo bikes into their logistics concepts efficiently, the researchers provide the planning tool and a guideline for free. Both can also help municipalities.

"The use of cargo bikes in inner cities has a chicken-and-egg problem", says Rolf Moeckel, Professor of Spatial Mobility Modeling at TUM. "If service providers cannot rely on suitable infrastructure, it remains unattractive for them to change their logistics processes accordingly." This is why support from politics is needed for the establishment of micro-depots in particular, he says, given the scarcity of space in cities.

The "RadLast" project was funded by the German Federal Ministry of Transport and Digital Infrastructure (BMVI) out of funds for the implementation of the National Cycling Plan.