Study among Bavarian graduates confirms popularity of KU with students 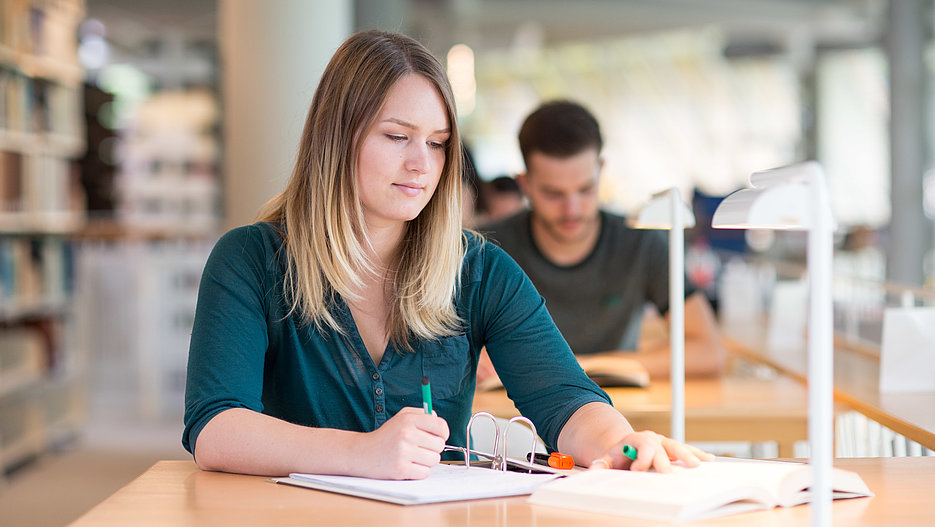 The latest study among Bavarian graduates - Bayerische Absolventenstudie (BAS), in which former students of Bavarian universities were asked about their studies and the transition from university to their first employment, confirms the high level of satisfaction of students at the Catholic University of Eichstätt-Ingolstadt (KU) with the range of degree programs and the general conditions. In February of this year, the KU has also been awarded the title of “Beliebteste Universität in Deuschland” (Most popular university in Germany) by the student portal Studycheck.de.

The data of the Bayerische Absolventenstudie, which was evaluated in August and is conducted annually by the Bayerische Staatsinstitut für Hochschulforschung und Hochschulplanung (state institute for higher education research and planning), comes from a survey of the 2018/19 graduation class. According to the survey, Bachelor’s graduates rate their studies at the KU at an average of 1.84 - on a scale of 1 (“very satisfied”) to 5 (“very dissatisfied”). At all other Bavarian universities, this area reached only 2.07 on average. With its teaching degree students, the KU reached a vote of 2.08 (all other Bavarian universities: 2.47). The KU also scored better among graduates from the Master’s degree programs: Here, respondents gave the KU an average grade of 1.72 (1.92). Especially the graduates of Master’s programs are seeing their time at the KU in a very positive light: 89 percent said that they were very satisfied or satisfied with their choice.

When looking at more specific areas, the KU is also graded well by graduates. The extent of the skills learnt at university they consistently rate greater than their peers from other Bavarian universities. In all categories surveyed - “ability to express yourself”, “subject competence”, “key competence” and “transfer competence” - the proportion of graduates who give a positive assessment with regard to their studies is higher than the average at other universities or universities of applied sciences.

The latest edition of the graduate survey also casts light on the international focus of the KU’s degree programs. As many as 40 percent of respondents indicated that their studies included time abroad. Other Bavarian universities only reach 31 percent, with universities of applied sciences at as little as 21 percent. 60.5 percent of respondents said that they had done volunteer work during their time as students. One-third also stated that their classes had presented them with an opportunity to show civic engagement.

For the Bavarian graduate survey around 28 000 graduates from 14 different Bavarian institutes of higher education were asked to answer questions on the quality of their studies as seen by them; around 7800 took part in the anonymous survey. The annual Bavarian graduate survey provides universities with data needed for quality management and program planning. The questions are compiled by the Bavarian institute for higher education research and planning in cooperation with the universities, to ensure comparability.