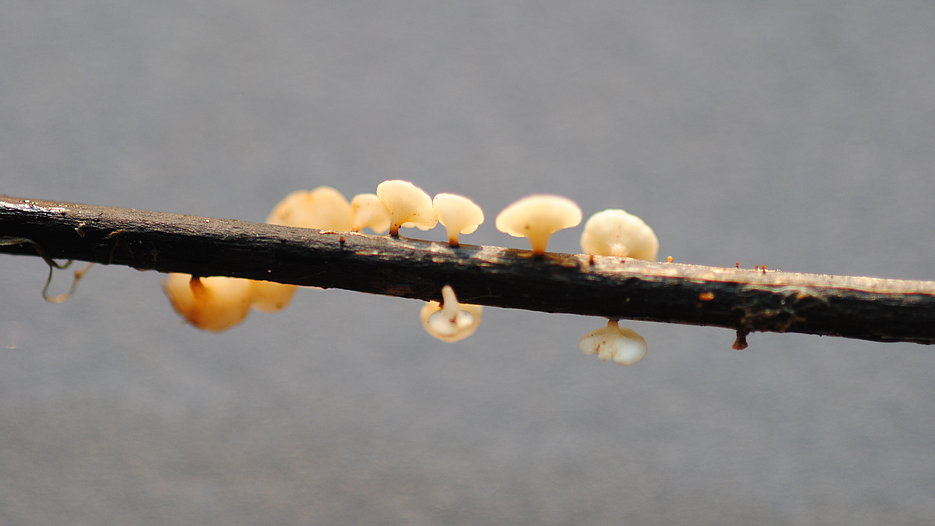 The heat- and drought-resistant common ash was considered a promising tree species in times of climate change. However, for several years now, a fungus has been causing problems for it, which has now spread to over 20 European countries – with serious consequences. Prof. Dr. Susanne Jochner-Oette (Chair of Physical Geography/Landscape Ecology and Sustainable Ecosystem Development at the Catholic University of Eichstätt-Ingolstadt) is investigating how trees that are resistant to the pathogen that causes the so-called ash dieback can be identified at an early stage. Prof. Jochner-Oette and her team contribute many years of expertise to a nationwide research network, in which 27 sub-projects are involved for a period until 2024. In total, the Federal Ministries of the Environment and Agriculture are supporting the researchers in the "FraxForFuture" project with over nine million euros. The starting point for this was a coordination group set up in 2017 that bundles activities for the preservation of the common ash tree and determines the current research needs. Together with the coordination group, the Fachagentur Nachwachsende Rohstoffe e. V. (FNR) developed a research concept that also serves as a basis for the project "FraxForFuture".

In some European countries, the fungus called "Hymenoscyphus fraxineus" has caused almost the entire population of ashes (Fraxinus excelsior) to die; only a small percentage proves to be resistant. The aim of the research is to find and propagate exactly these so-called ‘plus trees’. However, this turns out to be complicated: Specimens that initially seemed vital and healthy already show clear symptoms of ash dieback in the following year: Infested trees initially show wilted and discolored leaves and shoots, the crowns become bare. Even if the weakened trees are not attacked by further pests, they die within a few years.

“An adequate selection of suitable plus trees is not guaranteed if you solely rely on visual indicators", explains Professor Jochner-Oette. Genetic resistance markers, on the other hand, have so far only been tested in geographically limited parts of Europe. These tests revealed that regional differences in the usability of these markers play an important role and that they cannot be used uniformly. As an alternative to a cost- and labor-intensive genetic assessment, Jochner-Oette and her team are looking for further indicators that allow conclusions on a susceptibility to ash dieback. They want to investigate which parameters of the ash (such as the sprouting behavior, the content of the plant pigment chlorophyll, the sex of the tree or the ratio of viable and non-viable pollen) are conclusive in order to assess its susceptibility. At the same time, the presence of the fungus is investigated and the concentration of spores is estimated. Like this, the likelihood of infection can be monitored and it can be determined at which stage of ash development spores of the fungus can be found.

The basis for the joint approach are 20 monitoring sites throughout Germany for permanent observation and mapping of vital or infected ashes. Among other things, offspring of healthy and resistant ashes will be obtained from the sites and propagated following the large-scale project.

At the end of the project in spring 2024, there will not only be a nationwide uniform ash monitoring system and silvicultural strategies for care, use and rejuvenation of ash trees. Project participants hope that FraxForFuture will also contribute to the establishment of an ash gene pool with high adaptation potential.

During an ongoing project in the riparian forest near Neuburg a.d.D., project employee Anna Eisen takes pollen samples from a mobile man life. The viability of the pollen is then examined under the microscope. 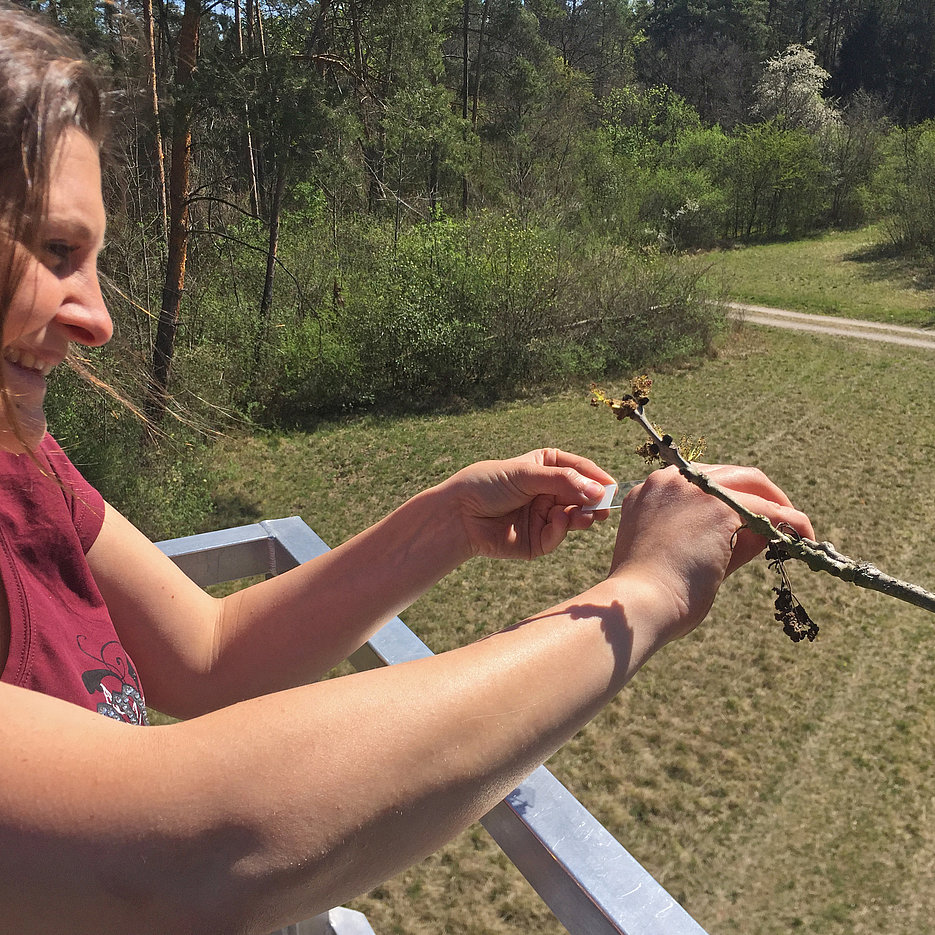 During an ongoing project in the riparian forest near Neuburg a.d.D., project employee Anna Eisen takes pollen samples from a mobile man life. The viability of the pollen is then examined under the microscope. 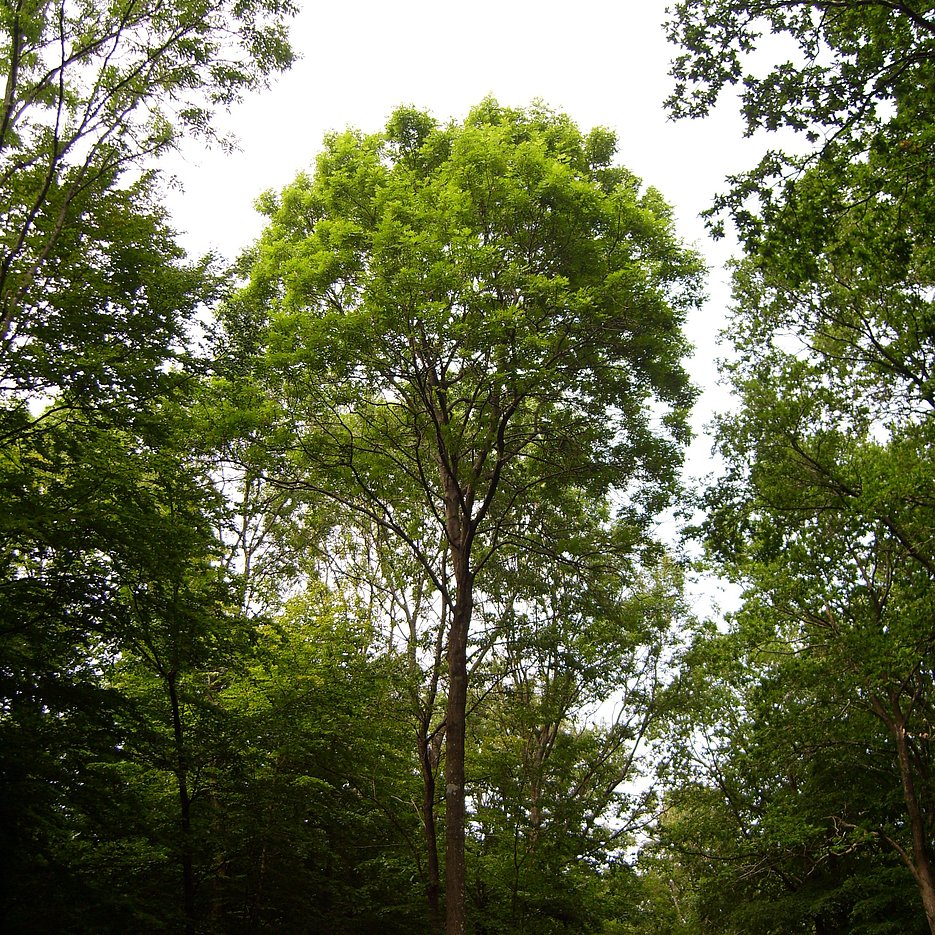 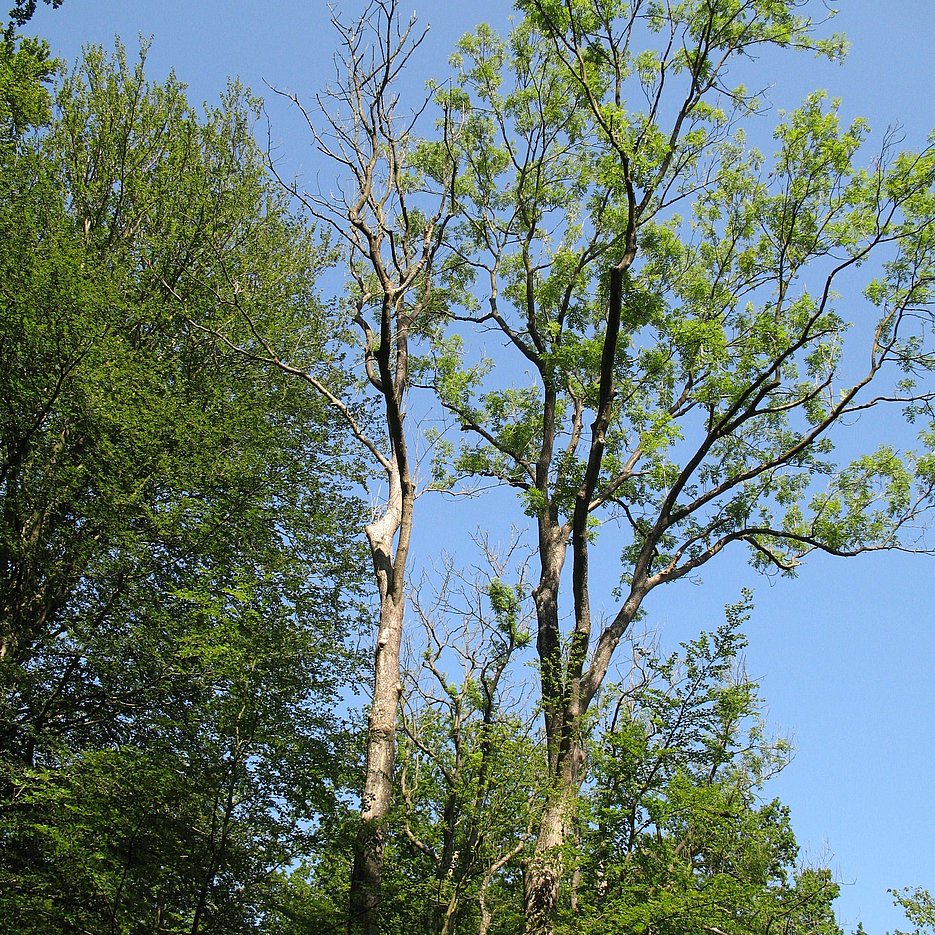 © NW-FVA Göttingen ...and a dead tree with bare crown.