Bringing digitalization into line with humanity: new research focus kick-off at the KU 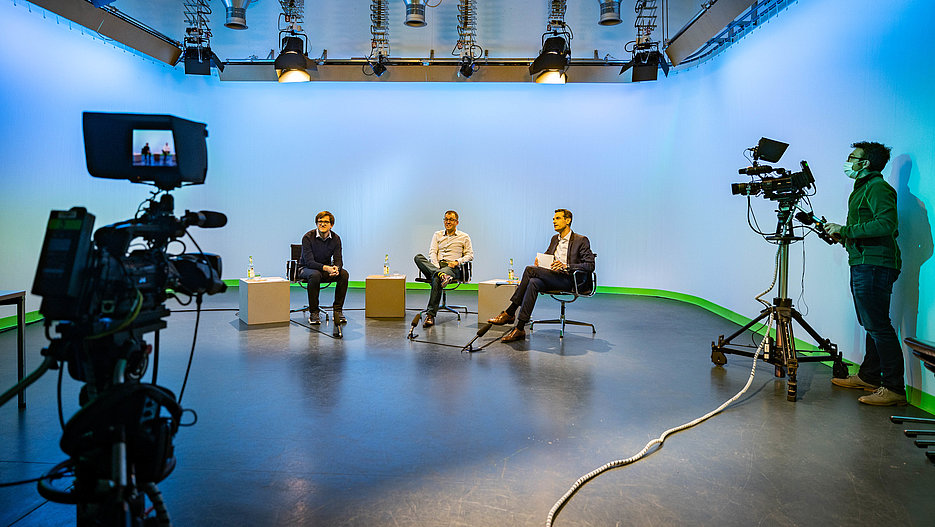 Leading society through digital transformation processes, critically reflecting chances and risks and guiding technological development towards the need of people - that is the aim of a new research project at the KU, which was recently presented at a launch party. “Our research program goes by the title “For a human-centered digital society”. As a university with a marked profile in social sciences, humanities and economics, we assume our responsibility by re-thinking digitalization”, says Prof. Dr. Jens Hogreve in his role as Vice President for Research at the KU. Not technology for technology’s sake, but the question of how technology can contribute to the creation of a good coexistence should be paramount.

The starting point for the establishment of the new research focus was the KU’s great success in the federal states and government program for the promotion of young researchers: In 2019 the KU was able to convince the panel with its concept “For a human-centered digital society” and as a result received approval for seven so-called tenure track professorships in a nationwide evaluation process. This virtual kick-off event now gave the KU the perfect forum to celebrate the first appointments that have been made for some of the tenure track professorships. The event was broadcast live from the TV studio of the KU’s journalism program.