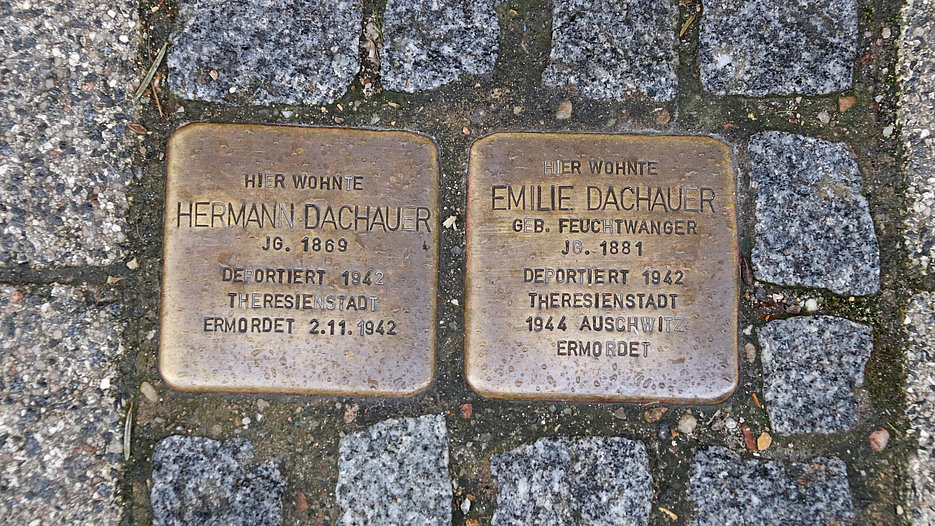 It is only by remembering or not remembering history that the past is assigned a meaning for the present and the future. The specific importance of civil society initiatives for the public culture of remembrance in Germany is now in the focus of the project "EZRA - Remembering Racism and Anti-Semitism”. Researchers from the Center for Flight and Migration (ZFM) at the KU are cooperating with the Chair of Political Didactics and Political Education at Freie Universität Berlin. The four-year project is funded by the German Federal Ministry of Education and Research with a total of more than 900,000 euros. The project abbreviation EZRA stands for the German words for "Memory, Civil Society, Racism, Anti-Semitism".

How should the crimes of National Socialism, the consequences of European colonialism, and racist and anti-Semitic acts of violence of the present be remembered? And what conclusions can politicians today draw from the past? There is ongoing public debate about this at various levels – be it in the Bundestag, discussion groups or in the political feuilleton. However, the focus is usually on aspects of the official memory culture. "While research on politics of remembrance has gained in significance in recent years, relatively little attention has been paid to local civil society initiatives to date. And this despite the fact that they have played a significant role in shaping the practice of commemoration in recent decades – in part in opposition to the official culture of commemoration", describes Prof. Dr. Karin Scherschel, director of the Center for Flight and Migration at the KU. Despite this considerable potential, they have hardly been researched in a systematizing comparison so far. The researchers involved want to fill this void with their joint project. This is because civil society initiatives possess forms of knowledge and practice that are highly significant for a democratic culture of remembrance and the development of historical-political education.

The parties involved are interested in more than just taking stock. Professor Scherschel emphasizes: "Historical-political education and initiatives for remembering anti-Semitic and racist violence in the past and present are of central importance in combating anti-democratic and anti-human ideologies." For this reason, the researchers will didactically process their findings via the online platform EZRA, which is to be developed in the course of the project, and thus make them available for political education purposes. Various partners from the field, such as the Anne Frank Educational Center, the Association of German Educational Centers, the Association of Binational Families and Partnerships, and the Foundation for the International Weeks against Racism, will also be involved.

In a first step, the researchers will empirically study 20 civil society initiatives in western and eastern Germany that are active in large cities or in rural areas. These include, for example, groups that offer city tours to the traces of colonial history in the respective communities, local "Stolperstein" initiatives (cobblestone-sized memorials) that draw attention to victims of National Socialism, or initiatives that address racist and anti-Semitic violence after 1945. In discussions with those involved and on the basis of documentation, the researchers first want to find out how those involved define racism and anti-Semitism, what concepts of history, society, and public discourse they pursue, and what (educational) goals they have. They also want to find out how they deal with public controversies and how relevant content-related tension fields are for them.

The study also examines initiatives that do not explicitly name "remembrance" as their primary goal, but that do in fact carry out remembrance work, for example by making violent relationships and incidents of violence the subject of public debate. "Studying these initiatives contributes to understanding the diversity of civil society politics of remembrance, since they expand the concept of memory on the one hand and address the plurality of memories on the other hand", describes Professor Scherschel.

While the investigation of the initiatives is mainly carried out by researchers at the KU, the subsequent didactic preparation is done together with the cooperation partner Prof. Dr. Sabine Achour at the Freie Universität Berlin.