Long continuity from NS era: Careers in Federal Ministry of Agriculture after 1945 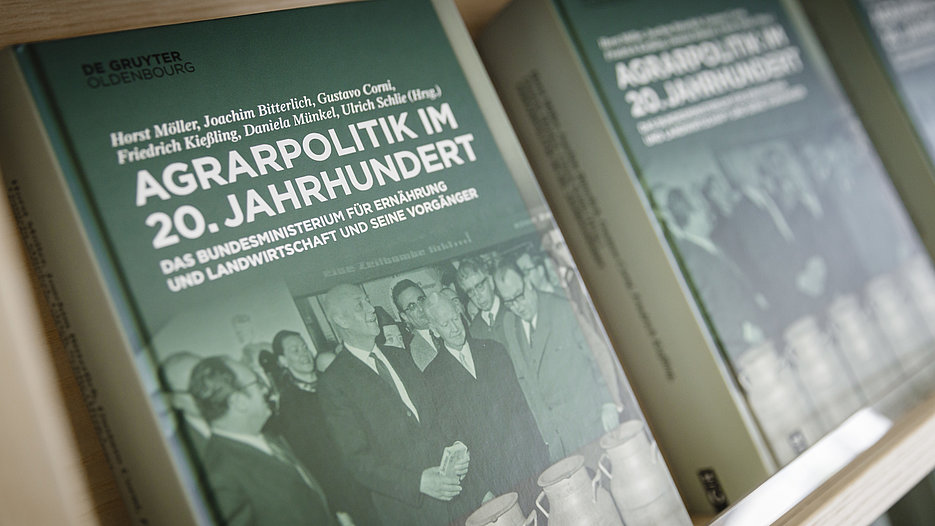 For the early post-war period in Germany there is often talk of a "Stunde Null" (Zero Hour), which also implied a widespread rejection of people with a Nazi past. However, in connection with hiring practices of federal authorities from 1949 onwards, the exact opposite was now confirmed by a new study, for which Prof. Dr. Friedrich Kießling, holder of the Chair of Modern and Contemporary History at the KU, examined the history of today's Federal Ministry of Food and Agriculture. As a member of an independent commission of historians appointed by the Ministry, Kießling focused on the period since 1949 and the two decades that followed. After four years of work, the participating historians have now presented their final report, which sheds light on the history of the authority since the First World War. The volume titled "Agrarpolitik im 20. Jahrhundert. Das Bundesministerium für Ernährung und Landwirtschaft und seine Vorgänger " has been published by De Gruyter and comprises more than 800 pages.

"The staffing policy of the Ministry of Agriculture in the post-war period reflects the past political interest of the Adenauer period: National Socialism was not hushed up, but the liability was limited to a few main perpetrators. For the rest, people pursued a policy of integration of the many alleged 'followers' and those who were less burdened. The decisive factor was professional expertise," explains Professor Kießling. In this respect, the approach taken by the authority was not fundamentally different from others. Investigations for other ministries had also shown: In the Ministry of Justice, Thomas Dehler, the then Minister of Justice, who was married to a Jewish woman and also remained committed to this marriage during National Socialism, and State Secretary Walter Strauß, who himself was of Jewish origin, had selected a team of senior staff members after 1949 some of whom had had considerable formal and material shortfalls in this respect. The Foreign Office recruited almost two-thirds of its senior staff from the old Foreign Ministry soon after its reestablishment.

In this respect, the fundamental findings from the staff files of the Ministry of Agriculture, which Kießling had inspected for his investigation, are not surprising. "However, seen by comparison, the extent of this is also quite remarkable: By the end of 1950, the proportion of former party members among the staff groups on the level of heads of departments or higher had increased sharply to 61 percent. In 1953, the quota had reached the 70 percent threshold. It reached its peak in 1959 with 80 percent, i.e. four-fifths of the employees covered. It was only then that it gradually started to decrease again," says Kießling. In 1961, 72 percent of the senior employees were still former members of the NSDAP, he said. "In a comparison of the ministries, the food and nutrition department thus reached the highest value recorded so far."

The blind spot in terms of these burdens in the early Federal Republic was conspicuous: In the agricultural department, it primarily referred to the role of the employees during the German occupation. Kießling commented: "As cynical as it may sound, the officials of the Ministry of Agriculture acquired skills during the occupation administration in Eastern Europe that came in very handy later. This also worked because superiors and staff managers who were looking for new employees simply integrated experience that was gathered during the German occupation into applicants’ normal professional career experience. The circumstances under which the expertise was acquired were not relevant in hiring processes." Even under the conditions of the final phase of the Second World War, agricultural officials had actively participated in the German predatory war in Eastern Europe, for example by meticulously collecting data on the quantity and structure of the available food and calculating corresponding nutrition plans. After the war, the administrative knowledge acquired in this way was directly useful for their own careers. Incorrect information provided in résumés had remained without consequences; external inquiries about biographies during the Nazi era had been eliminated and were not taken into further consideration.

This is also the basis of the self-conception of the Ministry's staff policy: There was the widespread idea of the "expert", who had followed his professional standards even under National Socialism and in the Second World War and had thus distinguished himself from the activities of the NSDAP or the SS, even if he had belonged to both organizations. "It can be regarded as certain that the self-image of a civil service that had proven its worth over the political ruptures and, above all, was effective, led to the self-reproduction of the old functional elites in the new hires of the 1950s, even in the Ministry of Agriculture," explains Kießling. This also explains why it was precisely in leading positions that people who had been socialized under National Socialism were still present for decades afterwards. It was only from 1988 onwards that the last four civil servants at heads of department and sub-department level who had been members of the NSDAP or the SS retired..

"Hence, for the ministry, a past connection to the Nazi regime did apparently play no or hardly any role even after the Adenauer era. Even in times when the public debate on old Nazi connections intensified, there were no significant effects on staffing decisions", summarizes Professor Kießling.

Nevertheless, explicit references to Nazi ideology were the exception in state agricultural policy and also among the employees of the Ministry of Agriculture of the early Federal Republic. It was rather more general basic concepts of agricultural policy that had found their way over to the period after 1945as general conceptual ideas . These include the conceptualization of agricultural policy as a genuinely national responsibility, as well as the idea that the scarce available land was a major problem of German agriculture. Moreover, agriculture was an issuein the ideological conflicts between West and East. The federal German side was primarily against collectivization in the GDR and advocated independent, "free" family farms instead.

Professor Kießling currently continues to investigate questions of staffing continuity after 1945 for another federal institution: Together with the lawyer Prof. Dr. Christoph Safferling (Friedrich-Alexander-University Erlangen-Nuremberg), he is currently looking into how the Federal Prosecutor's Office dealt with old connections to the National Socialist era. 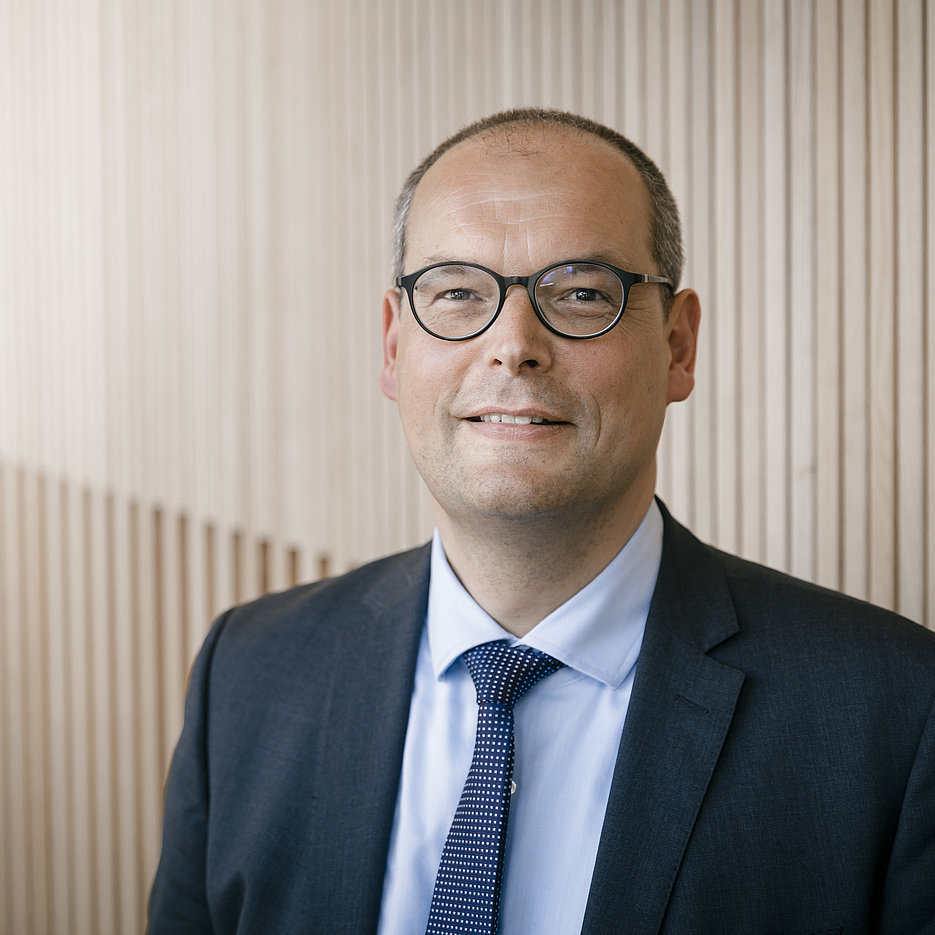 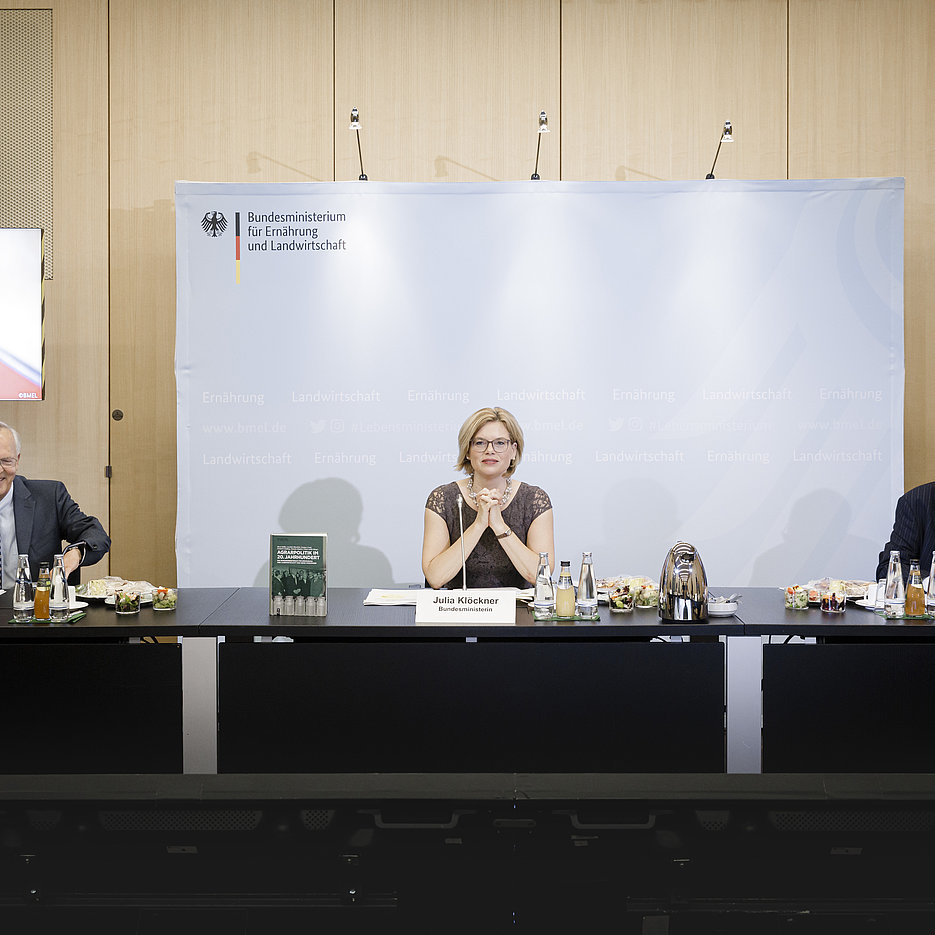