Talking about money with refugees: New insights into everyday needs and wants 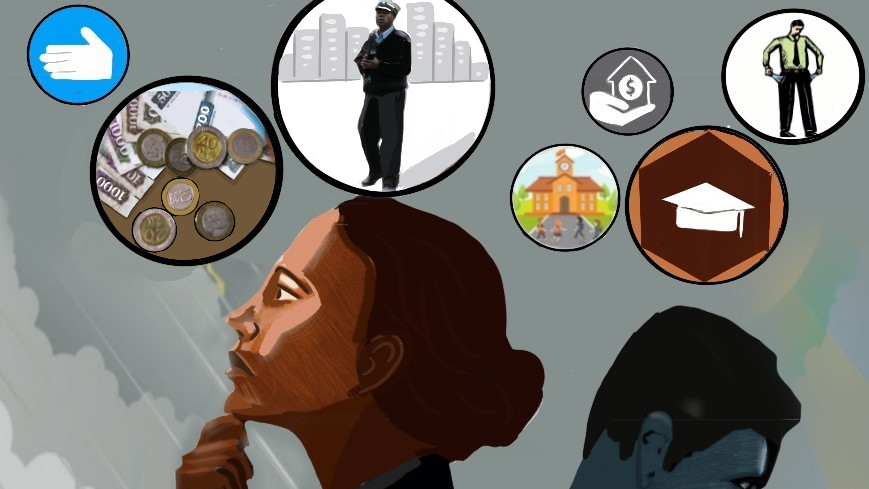 For the past two years, an international team of researchers from the KU and the U.S. Tufts University has been investigating how refugees in Jordan and Kenya manage their day-to-day money and financial affairs and how their access to corresponding services is structured. The results obtained so far are intended to help those affected to increase their economic participation and to tailor instruments of development work even more closely to their actual needs.

“Everyone who is currently developing measures to help refugees manage their day-to-day financial affairs is still largely poking around in the dark. Evidence-based research has been lacking until now. We now want to close this gap to some extent”, explains Prof. Dr. Hans-Martin Zademach. He holds the Professorship of Economic Geography at the KU and, together with his colleague Swati Mehta Dhawan, has collected ethnographic data on the financial development of refugees in Jordan, who come from Syria, Yemen and Iraq. Tufts University researchers, in turn, have focused on the situation of refugees in Kenya who come from countries such as Somalia, Ethiopia and the Congo. The project “Finance in Displacement: Exploring and Strengthening Financial Lives of Forcibly Displaced Persons” (FIND) is funded by the German Federal Ministry for Economic Cooperation and Development (BMZ).

This spring marks the sad tenth anniversary of the start of the civil war in Syria. About 750,000 people have fled to Jordan since then. One of them is Iman, a 45-year-old Syrian woman who has taken refuge in a small town with her family of seven. For her, life means survival – every day, for almost nine years. In 2012, the family came to Jordan, made friends. But to be truly able to arrive in their new life, they lack financial independence and stability. Iman is one of around 100 refugees whose financial development is currently being examined as part of the FIND project. Each of them participated in guided interviews, as far as possible, several times between September 2019 and December 2020. In Jordan alone, the KU team conducted 234 interviews that lasted a good two hours on average.

“We were interested in the overall economic situation of the people. How do they manage their daily lives? What happens if a family member falls ill? How do they pay their rent?” outlines Professor Zademach. In addition to financial stress factors and coping strategies, the use of financial services was a particular focus. “We wanted to identify the needs and examine which measures and tools are really used by those affected and can help them.” The role of social networks and aid organizations was also examined. Since financial issues are very sensitive topics for many of the affected, the team of researchers worked closely with “local researchers.” In other words, people who live in the region and who are familiar with the culture and language and have an academic background as well as experience with qualitative research.

Although the project will run until the end of 2021, a large part of the results is already available. One thing in particular is common across national borders and personal fates: a high level of uncertainty. The majority of refugees remain in the so-called “survivelihood phase” – meaning they constantly struggle for financial survival. They earn their incomes with simple unskilled labor, which is barely enough to cover their basic needs. Donations and support from aid organizations are essential, and the degree of financial dependence is high. After having lived in Jordan for several years already, 85 percent of Syrian refugees still live below the poverty line.

The financial lives outlined by the interviewees clearly show: The situation of Syrian refugees is significantly affected by the lack of access to important documents, the difficulty in obtaining a work permit or business license, and the limited access to certain professional fields. At the same time, the researchers found that the financial situation varies greatly depending on where the refugees come from. Non-Syrian refugees from Yemen, Iraq, Somalia and Sudan generally have no access to the legal labor market in Jordan and receive little support from aid organizations.

In order to understand the environment and living conditions of the refugees, empirical data is needed. The FIND project team are now the first to provide such data. Many NGOs, humanitarian organizations and politicians are focusing on improving the situation of refugees with additional digital tools, which are also being used. “But the broader issue here is to address uncertainty by first ensuring that refugees have access to basic rights and services”, Zademach said. This is also reflected in the refugees’ wishes and hopes for the future, about which they also spoke in the interviews: “The most important thing for them is the possibility to find work on a legal basis and to build up an independent existence. And as long as this possibility is still in the distant future in Jordan, reaching the West remains the real goal for many.”

On April 20 and 21, the FIND project team will host a virtual international symposium to summarize and discuss the available findings from Jordan and Kenya. The presentation will be supplemented by insights from further studies in Mexico and Uganda. Further information on the event, its program and registration is available at
http://sites.tufts.edu/journeysproject/find-symposium/