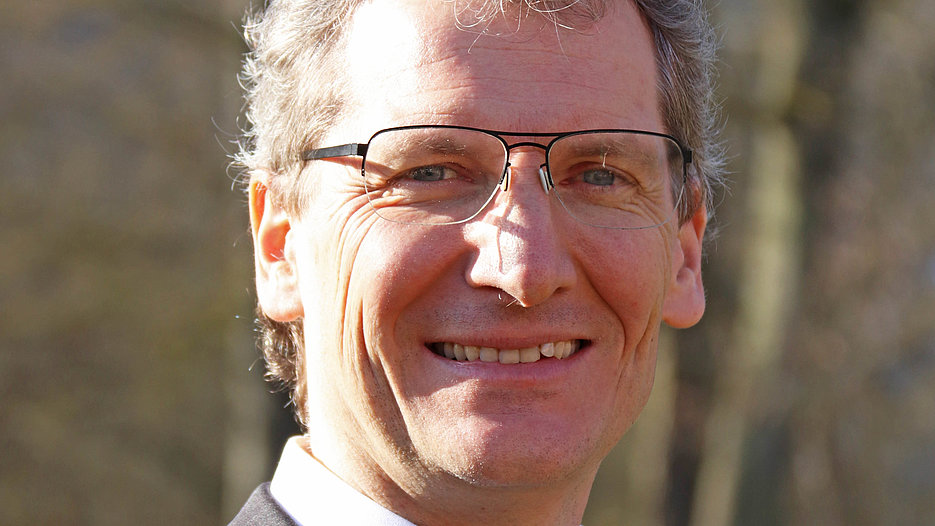 Five years ago, Pope Francis published his highly regarded encyclical "Laudato Si'" on social and ecological issues. Now, his new letter "Fratelli tutti" has been published, which he himself calls a "humble contribution for reflection" and in which he outlines perspectives for a society guided by solidarity and dignity. An interview with the theologian Prof. Dr. Martin Kirschner on the current relevance of the encyclical and its significance beyond the Catholic Church.

The new encyclical "Fratelli tutti" was described as a "wake-up call" or "milestone of dialog” in first reactions to it. What character does the text imply for you – also in comparison to the previous encyclical?

Like the other letters of Pope Francis, the new encyclical reacts to the current situation very consciously and takes it up. Moreover, this encyclical, too, grew out of a dialog – for example with the Egyptian Grand Imam Ahmad al-Tayyeb, with whom he had signed a "Document on Human Fraternity" last year. The situation of the corona crisis is certainly a special one that virtually has an impact on the entire document. For Pope Francis, this in turn reveals other crises of our time that go far beyond the questions of a pandemic.

Pope Francis addresses a wide range of topics in his encyclical – from corona, capitalism, populism and migration to poverty and selfishness. What do you think are the most important messages?

The encyclical letter addresses a rich variety of topics and it will take time to study the text in detail. The term "fratelli" in the title alone has already led to discussions as to whether the document is sufficiently gender-sensitive. However, the style of the document is undoubtedly inclusive. With fraternity and social friendship, the Pope addresses the emotional foundation of the political: We all belong together and are responsible for each other. Francis makes it clear that this is not an issue limited to the private sphere, nor is the concept of love. He also continues his criticism of the character of globalization and the western lifestyle. In doing so, he takes the perspective of the majority on our planet, who are not in the standard situation of a Central European living in secure circumstances. He contrasts the globalization of indifference and self-interest with a globalization of fraternity. He calls for humans to turn to each other. This must succeed seen in relation to the strange and the excluded. Flight and migration thus become a litmus test of humanity. However, the criticism regarding the nature of globalization is not meant as a plea for isolationism.

The form of communication in the digital age is also an important topic addressed in the new encyclical. He writes: “Prisoners of a virtual reality, we lost the taste and flavour of the truly real”. His concern is that we continue to meet as physical human beings beyond the mediation of the media.

What vision does the new encyclical formulate for future coexistence?

For him, it is fundamental not to postulate a finished plan, but to initiate communicative processes across cultures and denominations. Francis says it is important to include those who are not yet involved in such processes. Dialog and integration are in the center of attention.

What image of the human life does "Fratelli tutti" create?

It is characterized by the fact that people live out of and in relationships and encounters in order to create a future together. This includes a sharp criticism of the attitude to understand humans as self-sufficient, sovereign and individual utility maximizers. This understanding of the human life is deeply rooted in western culture. For Francis, however, we are connected to each other precisely in our vulnerability and should become closer to each other.

What resonance can this encyclical letter have outside the Catholic Church and what function do religion and church have in the encyclical?

I think that the encyclical can fall on fertile ground, because the crisis of western democracies, global inequality and the possible consequences of an ecological collapse are shocking. Now is the time to change course. If the encyclical is understood correctly, it is a great provocation, because it pleads for a turnaround – for example with regard to the economic system. Francis calls for a commitment to the repressed aspects of reality.

For him, religions are a part of the wisdom of humankind and historical experiences are processed in them. They are an expression of the search for God – and the search of God for humans. We as human beings are finite and fallible – and in this, we are referred to each other. The importance of interreligious dialog is therefore underlined in this document – as it already was in Laudato Si'. An open and appreciative dialog should develop from the respective convictions, in which one does not hide one’s own. In this context, Pope Francis also repeatedly mentions in the encyclical, how much religions and God are taken and abused for dogmatism. In some places, he also criticizes such an attitude within the Catholic Church. It would have done the encyclical good if this self-critical aspect had been developed even more broadly. For all these conflicts are also reflected in the Catholic Church.

A central demand in the encyclical is "love of neighbor as a principle of politics”. Is this demand naive?

Francis makes it clear that love is much more than something private or romantic: It is the basic building block of human coexistence. The strength of the encyclical is to unfold the political side of love and friendship. To give food to a poor person is charity. For Francis, the political side of charity then consists in creating structures in which these people can earn their own living and help shape the world. It is a matter of setting political priorities, which in this sense is actually derived from love. After all, a central political question is whose interests count. Normally, it is those of the powerful. The Christian message demands a change of perspective: Politics must be oriented towards the weak. Francis introduces a concept of the political that goes beyond a mere utility orientation: The political is the space in which we design our common future. This is not utopian, but it requires a permanent joint effort. Francis’s arguments are not naive, but hopeful. With hope, he argues against resignation and violence.

What impulses result from the encyclical letter for discussions within the church – for example for the "synodal path" in Germany?

The encyclical mentions several principles: dialog; listening to those who are marginalized and excluded. In other words: How can we involve those who have not yet had their say? This also applies to the church itself. In doing so, one must also take the perspective of a world church. The social rift that runs through the world continues in the church as well. The issue of abuse, in turn, is a worldwide issue and precisely shows the poisoning of fraternity. Therefore, in my opinion, the synodal path is of enormous importance.