Spirituality as an obstacle and a chance: Social work with forced prostitutes from Nigeria 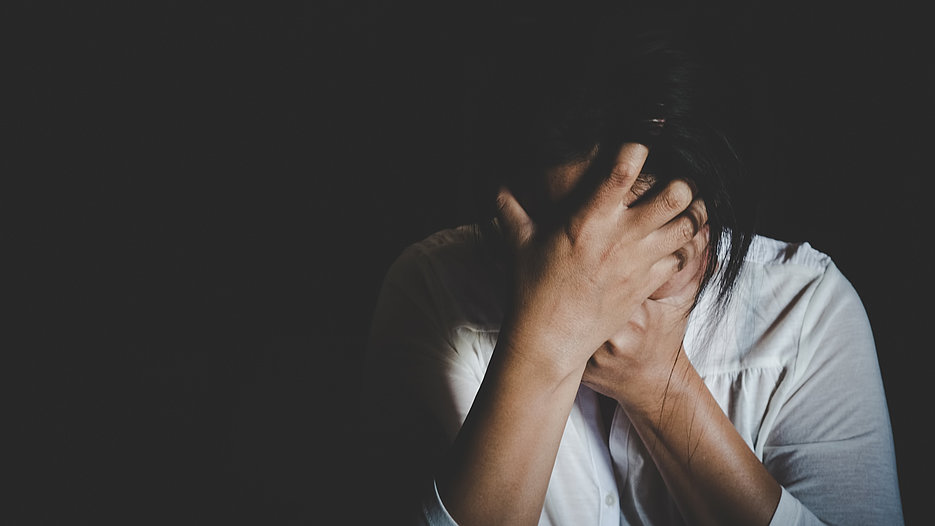 Human trafficking is a phenomenon that seems to have fallen out of time. However, the fate of thousands of women from Nigeria, who are forced into prostitution in EU countries, makes modern slave trade a contemporary issue. A particular challenge for dealing with Nigerian victims is the cultural and spiritual tradition of their country of origin. Appropriate social work measures for these women were the focus of an international project in which Simon Kolbe participated as a research associate at the Chair of Social Pedagogy at the KU. Supported by the European Union, the participants in the project "Intersectional Approach to the Process of Integration in Europe for Survivors of Human Trafficking" (INTAP) have now published a handbook that aims to raise awareness among social workers and to support them in their daily work.

Between 2015 and 2016, over 2000 victims of human trafficking were registered in the EU from Nigeria alone, and the number of unreported cases is significantly higher. Most of them are women who are forced into prostitution, especially in Italy. Driven by a desire for a better life, they have previously concluded an "emigration pact" in their home country. With this pact, they commit themselves to repay a fee for their transfer to the EU. The initial costs are often increased drastically and amount to between 40,000 and 100,000 euros. In a sense, this practice places women in a debt bondage. But that is not all: A special element of the Nigerian sex trade is the use of so-called ‘juju rituals’ as part of the traditional African religion. They are used as a means of psychological enslavement. "This form of control is particularly difficult to handle for both law enforcement agencies and social work, since this psychological pressure is based on unfamiliar beliefs and practices", explains Simon Kolbe. The concept of the juju oath in human trafficking, which is particularly practiced in the Nigerian region of Edo, exists as part of a local justice system. This system is based on the belief that certain deities have the power to make judicial decisions between two parties. This judicial system is practiced parallel to the official judicial system for criminal and civil cases. "Survivors who have freed themselves from the exploitative situation of forced prostitution are consequently breaking their oath because they have not fully repaid their debts and perhaps even talked to social workers and the police about the agreement. As a result of breaking the oath, many of those affected struggle with constant fear: of being traced by ghosts or human traffickers, of being cursed and driven mad. They are not only worried about themselves, but also about their children and family in their home country, who are equally at risk", says Kolbe.

This religious and cultural background poses a great challenge for social work. If it is not taken seriously, it is impossible to establish a relationship of trust. The work with those affected is a long process that often lasts several years and in which so-called confidants play a key role. These can be both social workers and volunteers. For those involved in the project, it was very time-consuming to even find women in the first place who were prepared to talk about their lives in scientific interviews. Especially deep-seated fear and mistrust of people often lead these women to initially refuse help and withdraw from relationships. "In our work we have to open up access and create dialog. We cannot force mature women to give up their culture. Social workers need the consent of the women to be able to help them. Only then can we develop a way out together with them – according to their individual needs", emphasizes Kolbe, who himself has many years of experience in asylum counseling for Caritas.

The project group's talks with the women from Nigeria have shown that they often belong to Christian churches simultaneously to their traditional African religion. Such a kind of dual form of spirituality often offers a starting point for showing the women ways out. However, social work should not be equated with pastoral care; social workers should refer the women to additional pastoral care offers when needed: "If we have a group in social work that has religious needs or needs religious strategies to cope with their lives, then we are obliged to devote ourselves to this issue and take this perspective seriously. This is also part of professional social work". Especially institutions with a secular background should at least be able to identify and classify such needs in order to refer the women to suitable institutions. Support in this field is provided by the free online handbook that was created in the context of the INTAP project and was now published. The Chair of Social Pedagogy at the KU (Prof. Dr. Dr. Janusz Surzykiewicz) as a scientific partner has contributed special expertise, among other things, with regard to spiritual resources, coaching and spirituality. From Simon Kolbe's point of view, "flight and migration have again brought questions of religiosity and spirituality into the consciousness of social work more strongly. There is simply an increased need within the entire group of refugees". The project group therefore also advocates that more integration programs should be set up that take such specific needs into account, instead of pooling different groups together and assuming that they need the same services on the path to recovery.

Further information on the project and the handbooks for professionals in the field can be found at www.intap-europe.eu in German and in English. 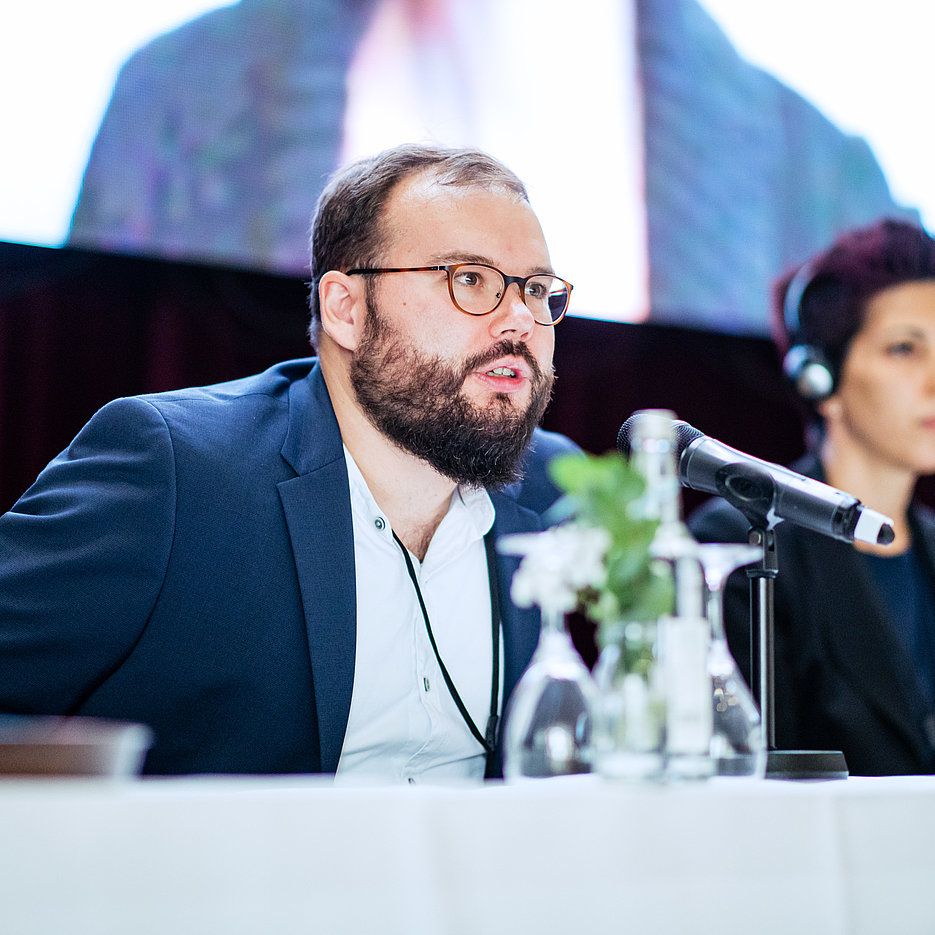 © Jens Arbogast Simon Kolbe at a conference of the project "Intersectional Approach to the Process of Integration in Europe for Survivors of Human Trafficking", in which partners from Germany, Austria and Italy are involved.