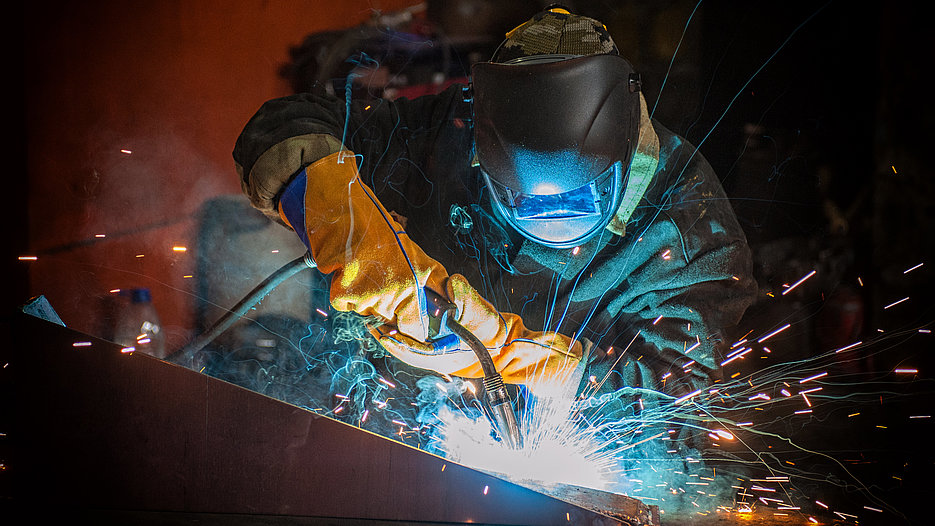 What characteristics distinguish people who migrate to another country to have a chance at a better income from the population in their home country? For the first time a scientific publication has been able to show that looking only at immigrants’ formal education is not enough to answer this question. Among the team of German and Mexican scientists were Prof. Dr. Simon Wiederhold (Chair of Economics/Macroeconomics at the KU) and Prof. Dr. Jens Ruhose (Junior Professor for Economics/Labor and Migration Economics at the Christian-Albrechts-Universität in Kiel).

“So far, science has always put forward the argument, that people migrate to another country, if their skills are paid more highly there than in their home country. In the absence of a uniform data base, scientific literature has so far equated the education level with the total of economically useful skills. For one reason, the education level can be easily assessed internationally through a census," explains Professor Wiederhold. However, this leads to a clash of theory with empirical results, as Professor Jens Ruhose describes: "Various studies show that mostly people with better education migrate from developing countries to OECD countries, although they could have expected higher income gains for a higher level of education in their home country."

To investigate this contradiction, the team headed by Wiederhold and Ruhose focused on migration from Mexico to the United States. This case lends itself to being used in a scientific study by way of example for several reasons. For one thing, migration between Mexico and the U.S. constitutes the largest flow of migration between any two countries in the world. Now, including U.S.-born descendants of Mexican immigrants, a total of 25 million people of Mexican descent live in the U.S. - that is 8.7% of the U.S. population. In the 1960s, Mexican migration to the U.S. was mostly circular migration by men. That is to say that the men who came to the U.S. regularly returned to their hometowns in Mexico. Since then, a long-term trend toward the migration of entire families and subsequent permanent settlement has begun.

For another thing, the team of researchers chose Mexico as their area for investigation because Mexico actually was the first major emigration country to conduct a representative survey of workers’ occupational activities and made the data available to researchers. In it, detailed information on the job requirements of workers can be found. “Comparing the occupational skills of Mexican immigrants and non-immigrants in the U.S., Mexican immigrants tend to have higher manual skills and lower cognitive and communication skills," Professor Wiederhold explains. "This is due to the fact that manual skills are comparatively more highly paid in the U.S. than in Mexico, while the reverse is true for cognitive and communication skills."

Importantly, he says, these results cannot be attributed solely to migrants who have low levels of education and were already engaged in jobs involving a high degree of manual labor in their home countries. "If you compare, for example, a Mexican engineer with a Mexican university lecturer - both of whom have a similarly high level of education and high cognitive and communication skills - the engineer is almost four times more likely to emigrate to the U.S. because he has higher manual skills," Professor Ruhose says. The comparatively higher manual skills of Mexican immigrants to the U.S. can thus be observed throughout all education levels. Mexican immigrants, moreover, are not only employed in agriculture, but also in many other industries where manual labor in particular is in demand.

The researchers' findings also suggest how immigration and integration policies influence immigrants' occupational skills - for example, through barriers to the recognition of educational qualifications and through language and cultural differences that result in lower pay for cognitive and communication skills. Beyond the specific case study, Wiederhold and Ruhose emphasize: "Our results strongly suggest that knowledge about migrants' education levels alone is not sufficient to understand migration behavior and predict developments. However, internationally comparable data on occupational skills that better reflect patterns in immigration remain scarce to date. Collecting these would open up promising avenues to better understanding emigration and immigration."