We mourn the death of Engelbert Groß. 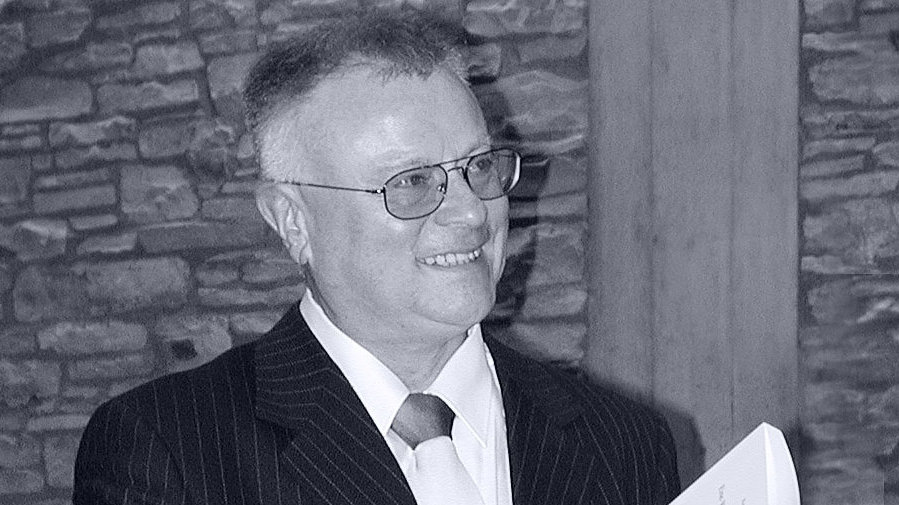 The Catholic University of Eichstätt-Ingolstadt mourns the death of Prof. Dr. Engelbert Groß, who held the Chair of Didactics of Religion, Catechetics, and Religious Education at the Faculty of Theology from 1987 to 2004. Groß died on All Saints' Day aged 81.

Engelbert Groß, born in 1938 in Vettweiß in the district of Düren, had studied philosophy, theology and educational science in Bonn, Freiburg, Graz and Cologne. After his ordination in Aachen, he initially worked as a pastor in the Aachen coal-mining district and as secondary school teacher in the Lower Rhine region, with a parallel teaching assignment at the University of Cologne. In 1987, Groß was appointed to the KU and remained in Eichstätt until 2004, where he held the Chair of Didactics of Religion, Catechetics, and Religious Education. His activity can be summarized by three verbs: writing, researching, organizing. Engelbert Groß was a passionate writer – whether on his travels, which took him preferably to Africa and Asia, or at home in Eichstätt in his spacious study. Pen and paper gave him the opportunity to argue, narrate and describe in different genres, both as a scientist and as a spiritual writer. The large number of his books and contributions bear eloquent witness to this.

Engelbert Groß's religious educational research is based on the insight that religious learning does not only take place in the mind, but in specific action. This is why the "One-World-Religious Education" was created in this unique way. It documents the misery especially of children in many parts of the world and links this with many different reflected projects in schools and universities in Europe in order to take steps towards situational and structural improvements.

Until the sudden and unexpected end of his life on November 1, 2020, Engelbert Groß was involved in this field in a special, unrelenting way. Only about a year ago, the Philippine organization "Children of Mother Earth" presented Engelbert Groß with its Laudato Si' Award after he had been involved in a project for the reforestation of a 7.5 hectare area in the east of Manila with several thousand bamboo seedlings. Groß had collected the financial means for this over several years in numerous campaigns in and around Eichstätt and had also brought schools and the Rebdorf parish on board.

He proved his organizational talent by organizing conferences and symposia at the KU. For example, the large international congress "Experiencing the World Church – Learning from Each Other – Making Earth Habitable" in Eichstätt in the fall of 1999 brought together more than 400 speakers and participants from all over the world. Among other things, he served as Dean of the Faculty of Theology (from 1999 to 2001) in the framework of academic self-administration. From 1999 to 2003, Groß was spokesman for Catholic religious educators at Bavarian universities. In addition to his work at the KU, he also held lectureships at foreign universities. In all his activities – for example as a pastor in the Marienstein Children's Village – Engelbert Groß remained a friendly and cheerful person at all times. He was devoted to people and practiced a love of neighbor with his means, recognizing his neighbors both near and far. The University will honor his memory as an accomplished expert and warm-hearted colleague.

Author: Klaus König
Back to overview