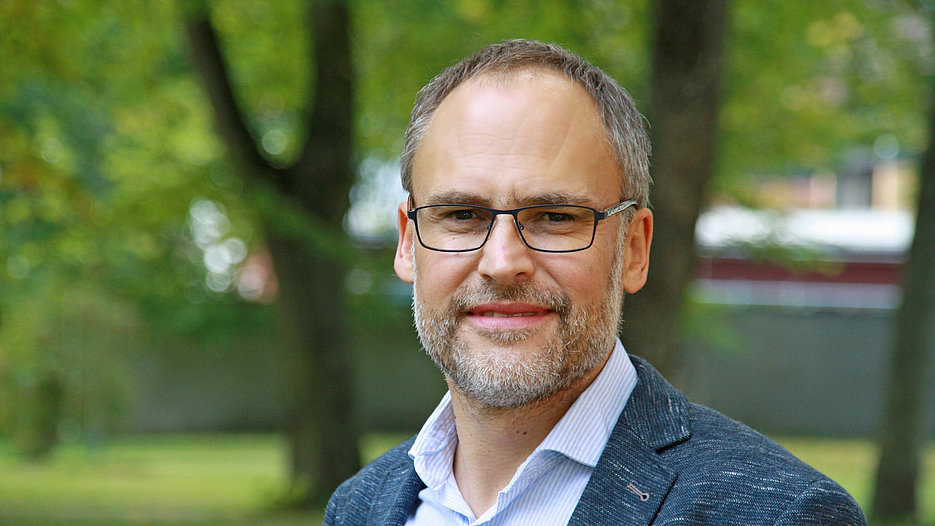 Prof. Dr. Klaus Meier, Chair of Journalism II at the Catholic University of Eichstätt-Ingolstadt (KU), has been awarded the 2017 Ars legendi Prize for excellent university teaching – Germany’s most important teaching award – by Stifterverband and the German Rectors’ Conference (HRK). This year the key judging criterion was links to practice. A panel of university lecturers, students, and representatives of social partners chose the winner from over 130 nominations. The aim of the 50,000-euro prize awarded by Stifterverband and the HRK is to highlight the importance of university teaching for young researchers. Meier is the sole recipient of the prize in the ‘academic’ category for individuals; a second prize is awarded in the ‘project’ category.

The panel’s reason for choosing Professor Meier was that he is considered ‘someone who sets the pace and provides a driving force in efforts to link communication theory and journalism research with practical training’. He believes that relying solely on simulating common practice is not sufficient to meet the requirements of university teaching, and that teaching must move away from this approach and become more research- and evidence-based. His students are given opportunities to experience how exchange can take place between research and practice, and how practices can be adapted in an innovative way in rapidly changing media professions. KU President Prof. Dr. Gabriele Gien congratulated Meier on the award, saying: ‘We are proud that Professor Meier has received such a renowned award that recognizes his many years of teaching and provides motivation to strive for excellence not just in research but also in teaching. He also sets an excellent example in the field of transferring knowledge to society, which the KU considers equally as important as research and teaching.’

For example, in the Master’s degree program in Journalism: Innovation and Management, Meier’s students analyze editorial departments and carry out research on how journalism is organized and how it can be improved in the editorial departments of the broadcaster Bayerische Rundfunk, Spiegel magazine, or the newspaper Nürnberger Nachrichten. The students then transfer the knowledge that they have gained back to the editorial departments. ‘The aim is for them to learn that staying in contact with academia and research will continue to benefit them in their future careers if they want to maintain their capacity for innovation,’ Meier explains. He believes that the ability to be innovative and a willingness to experiment have become key elements of a journalist’s skill set. In practical projects, it is especially important that students are given particular guidance and coaching in their research-based learning and development, and that they are able to gain experience of knowledge transfer between research and practice.

‘I am especially pleased to receive the prize because it confirms that in the 20 years that I have been teaching I have been on the right path when I have tried again and again to make connections between theory and practice. This is not a given in Germany’s academic culture. I also see the prize as an award for the journalism department as a whole, which has been leading the way for decades in terms of combining theory and practice, and has occasionally met with criticism as a result – from both sides. And, last but not least, it is an award for the KU, which provides the excellent conditions that make enthusiastic teaching possible,’ Meier says.

The Ars legendi Prize will be presented officially during an award ceremony at Goethe University Frankfurt on November 28, 2017.

About Prof. Dr. Klaus Meier: Klaus Meier was born in 1968. After a two year journalism internship and a year as a local report for the newspaper Frankenpost (Hof), he studied journalism at the KU, where he later completed a doctoral degree in communication studies, political science, and philosophy. He has worked as a freelance journalist for media outlets such as Süddeutsche Zeitung and the television broadcaster Bayerische Rundfunk, and is the co-founder of a PR agency. He was a research associate at the KU’s Chair of Journalism I from 1996 to 2001, during which time he also worked as a consultant and coach for editorial teams and training institutes for journalists in several countries. From 2001 to 2009 he was a professor of journalism at Darmstadt University of Applied Sciences, where he established degree programs in online journalism and science journalism. He was Chair of Cross Media Developments in Journalism at the Institute of Journalism at Technische Universität Dortmund from September 2009 to December 2010. He has held the Chair of Journalism I at the Catholic University of Eichstätt-Ingolstadt since 2011.