The emergence of new wine design practices: Flexitanks and the assembling of bulk wine across global rural regions 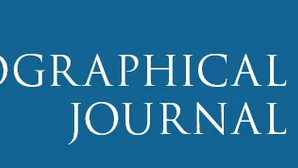 In this paper, we argue that the rapid expansion of exports as a share of global wine production is strongly related to the invention of flexitanks for wine transportation and the concurrent exponential growth of the bulk wine industry. Bulk wine fundamentally changes wine production, from the organisation of grape growing to the commercialisation of the final product, as it enables companies to assemble wine across the globe by establishing new connections between distant rural regions. Building on ethnographic fieldwork with New Zealand and Chilean bulk wine producers and German large‐scale wineries which specialise in bulk wine blending and bottling, our aim in this paper is to investigate how these new connections are forged and sustained. Drawing on the work of Çalışkan and Callon, we consider marketisation processes to be composed of different types of framing, and we analyse three of them in respect of the bulk wine market: objectification of goods, marketising agencies, and market encounters. Through detailed analysis of one market encounter that we have called “wine design sessions,” we show that German retailers align the other bulk wine agencies in a way that means they are well placed to decide on the final composition of the wines in a highly flexible accumulation scheme. It is through these wine design sessions and the practices of tasting, comparing, designing, analysing, and controlling wines that they organise the assembling and objectification of bulk wines from Chile and New Zealand (and from other countries around the globe) according to their specifications. Hence, rather than through top‐down pressure, coordination in the bulk wine market is accomplished through mundane practices and mechanisms which allow for action at a distance and which connect (and sometimes disconnect) rural regions on a global stage.