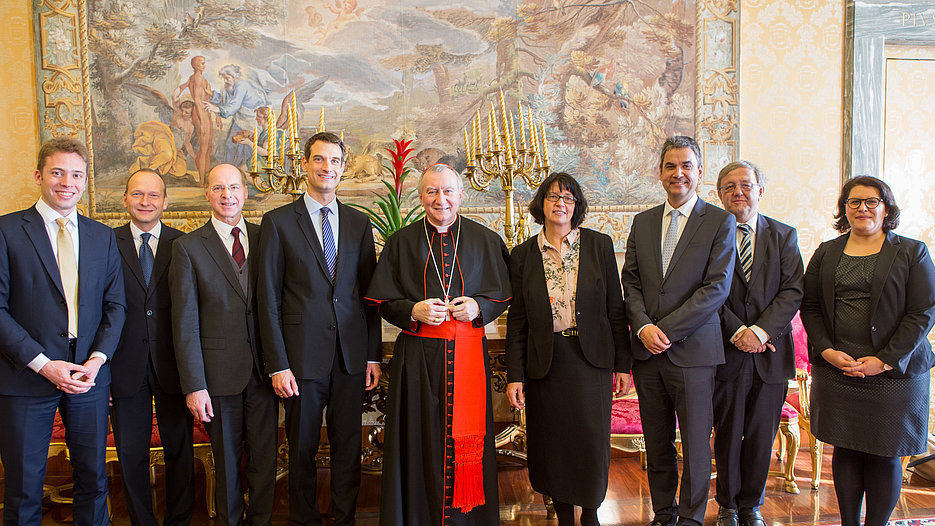 The University Management of the Catholic University of Eichstätt-Ingolstadt met Cardinal Secretary of State Pietro Parolin at a conclave in Rome. On the occasion of the sixty-minute audience in the Apostolic Palace, President Prof. Dr. Gabriele Gien, professors Markus Eham, Jens Hogreve and Klaus Stüwe, vice presidents of the KU, as well as the Chancellor Thomas Kleinert had the chance to report on current developments and projects of the only Catholic university in the German-speaking world.

Cardinal Parolin, second most important man of the Catholic Church after the Pope himself and as head of the Vatican Secretary of State also minister for external and interior affairs of the Holy See, showed particular interest in the KU’s cooperation with other Catholic universities all over the world. Other topics were, amongst others, the University’s activities in the field of flight and migration - an issue which Pope Francis, as commonly known, also attaches great importance to. President Gien presented the Cardinal Secretary of State with the KU medal of honor and an edition of the Gospel of Mark illustrated with works of one hundred artists from the Eichstätt diocese.

Undersecretary Dr. Michael Mihatsch from the Bavarian State Ministry of Education, Science and the Arts also attended the meeting. At the conclave, the KU University Management and the Chairman of the University Foundation, Auxilliary Bishop Dr. Dr. Anton Losinger, as well as the Munich vicar general Dr. Dr. Peter Beer also exchanged views on KU development issues with the head of division in the ministry, who is responsible for Bavarian universities. Furthermore, the KU delegation visited the Congregation for Catholic Education, the most important entity for higher education within the Catholic Church. 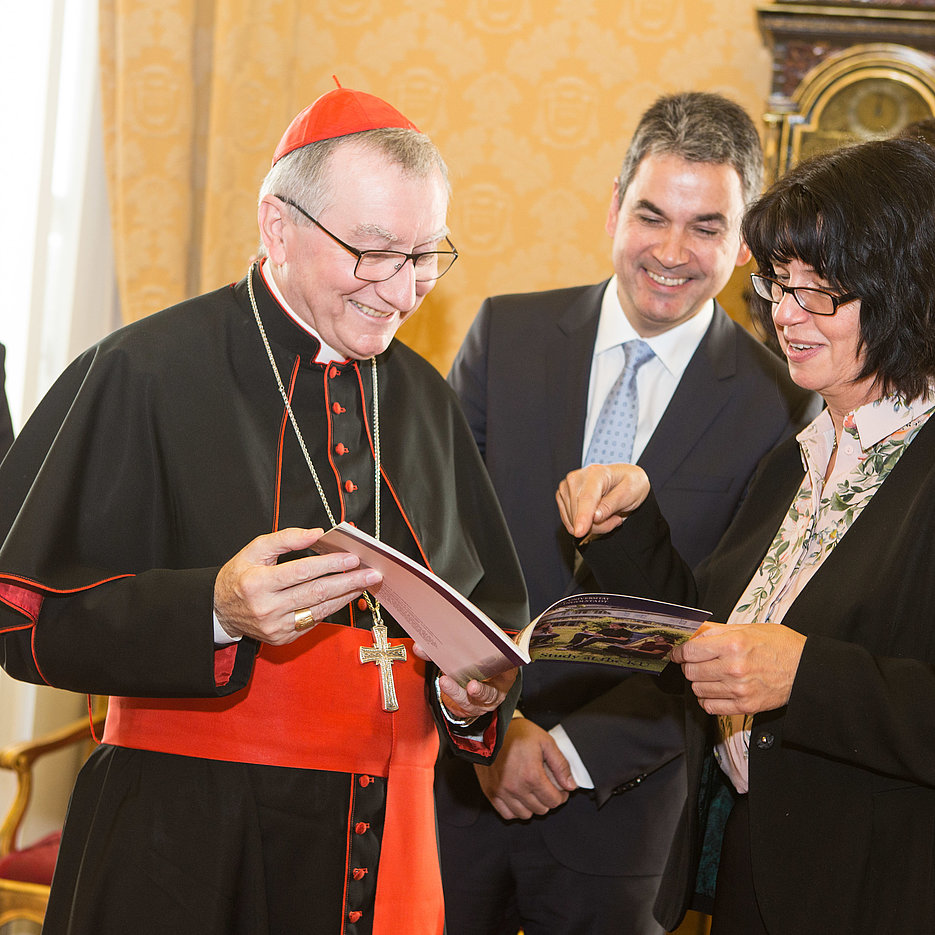