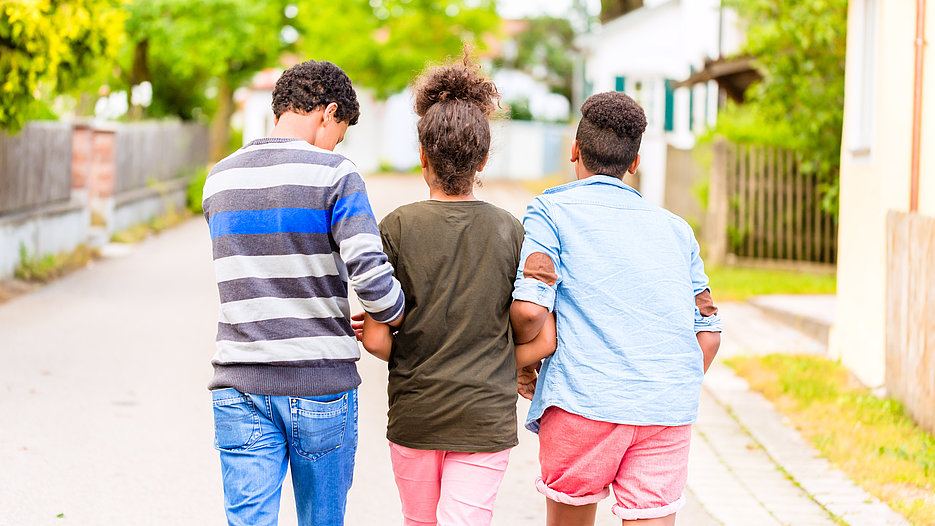 School closures during the corona pandemic will increase the educational gap between children with and without a migrant background further if no appropriate measures are taken to counteract the trend. "There is increasing indication suggesting that teachers have especially lost contact to pupils from migrant backgrounds during the corona pandemic. For disadvantaged children, social advancement is likely to have become even more difficult as a result of the school closures", says Prof. Dr. Alexander Danzer, Chair of Economics (especially Microeconomics) at the KU.

In May this year, Prof. Danzer was one of the initiators of the nationwide appeal "Bildung ermöglichen!” (Enable education!), in which about 100 renowned economists addressed those responsible for German education policy. In the appeal, they generally pointed out the serious consequences for the skill development of children and adolescents caused by the closures of schools and daycare centers. In a guest article for the magazine "ifo-Schnelldienst" of the Munich-based ifo Institute, Danzer now discusses the consequences of school closures specifically for children with a migrant background.

Even before corona, Danzer had pointed out that Germany had already shown great differences in the educational skills of children with and without a migrant background in an international comparison: Among 25 OECD countries that participated in the PISA study, Germany is among the five countries with the largest educational gap in mathematics between first-generation migrants and German children without a migrant background. Seen in an international comparison, the skill gap in the second generation of migrants in Germany ranges in the middle. "The way for later economic success on the labor market is already paved in early childhood and school years. Gaps in the education of children with a migrant background reduce their long-term chances for their later professional life – and also for future generations," Danzer explained.

One of the reasons for this is that children from households with a migrant background are disadvantaged in terms of their educational resources: They have less access to books and computers and often do not have their own room. In addition, parents with a migrant background have less contact with their children’s educational institutions – in part due to a lack of institutional knowledge or language barriers.

The parents' lack of language skills is also an obstacle for the children's development, which is further impaired by school closures due to corona: Language acquisition suffers from the lack of interaction with teachers and native-language classmates. "Empirical studies on school closures have not explicitly examined the effects on children with a migrant background yet. However, results of studies on teacher strikes in Argentina, for example, show that school closures have a disproportionate effect on the skill acquisition of children from the lowest income bracket and from poorly educated homes", says Danzer. In addition to fostering cognitive skills, schools are also institutions that shape socio-emotional development and offer protection against difficult or demanding family circumstances.

Danzer therefore calls for ways to involve parents with a migrant background in the educational process at eye level. In addition, if necessary, technical basics for distance learning should be offered, emergency care programs for language acquisition should be guaranteed and comprehensive remedial teaching should be established. In the United States, for example, a distance learning system has been in place since the 1980s that enables pupils to communicate with their trusted teachers regardless of location and reduces performance deficits.