"Forum K’Universale" on the question of solidarity 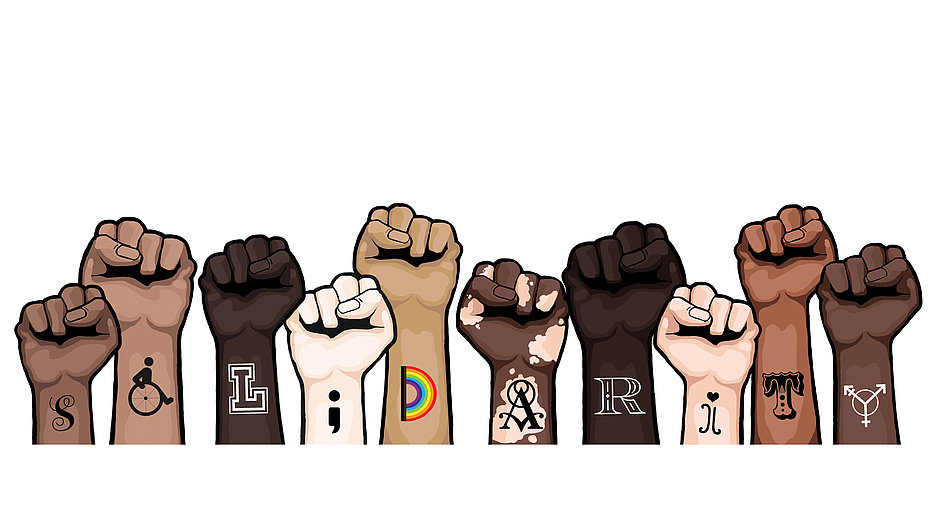 This year’s lecture series “Forum K’Universale” starts on Monday, November 9, at the KU and is titled "On the Question of Solidarity: Concepts – Controversies – Perspectives". Especially in the context of multiple crises, the idea of solidarity is receiving increased attention. Demands for "more solidarity" are still omnipresent today, and "more solidarity" is presented – sometimes frivolously and unquestioned – as a promising, if not the only viable solution in challenging times. The aim of this lecture series on the question of solidarity is a critical and multi-perspective contextualization of this 'big idea', which takes historical and current controversies into account, illuminates socio-cultural and epistemic-political preconditions, and brings to light problems of the concept of solidarity. The interdisciplinary and international lecture series with lectures from philosophy, sociology, theology, history, economics, American studies, postcolonial studies, and gender studies presents critical perspectives on the limits and possibilities of solidarity for discussion. The program also includes a reading by Bachmann Prize winner, writer and activist Sharon Dodua Otoo.

On Monday, November 9, Prof. Dr. Wolfgang Benz (Technical University of Berlin) will start the series with a speech on the topic “November 1938 – Solidarity in the 'Reichskristallnacht'". In the staged pogrom against the Jewish citizens, November 9, 1938, was the hour of truth for all those who took humanity, Christian morality and civic decency seriously. But there were not many who helped their abused and persecuted Jewish fellow citizens, friends and colleagues, hid them, helped them to escape, protected them underground. The reports about solidarity and aid are contrasted with the realization that the majority silently accepted the events, that many ducked in front of the regime or even, infected by hatred of Jews, joined the mob. The "Reichskristallnacht" was a lesson in practiced and denied solidarity. Prof. Dr. Wolfgang Benz was director of the Center for Anti-Semitism Research at the Technical University of Berlin until 2011.

The detailed program is available online at www.ku.de/kuniversale. The presentations are streamed and the livestream is available at www.facebook.com/uni.eichstaett or www.youtube.com/unieichstaett.