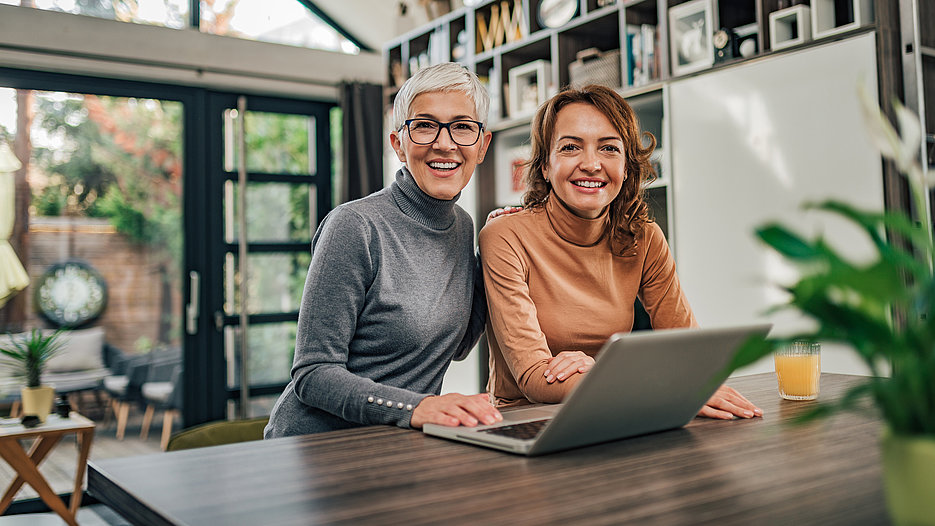 Benefiting from the experience and networks of established female and male researchers - with the new mentoring program at the KU, this has now become an option for young female scientists. The aim of the service is to promote gender equality in science and research.

“For some time, an important aspect of the gender equality policy of the KU has been the creation of more family-friendly working conditions. Some progress has already been made in this respect. However, further measures are needed to promote young female scientists," explains Prof. Dr. Kathrin Schlemmer in her office as the KU's women and equal opportunity officer. She led the work on the University’s equal opportunity concept, with which the KU was able to impress in a nationwide competition and was selected to participate in the federal and state program for female professors. This now funds the KU mentoring program. "Our goal is to appoint women in at least 40 percent of the procedures - for example, through the targeted recruitment of female applicants, the sensitization of all those involved to gender-appropriate appointment procedures and continuous gender equality monitoring. The new mentoring program will now help to further increase the KU’s attractiveness for outstanding female researchers," says the Vice president for research, Prof. Dr. Jens Hogreve.

At the beginning of the 12-month mentoring program, the mentees, under the guidance of the program coordinator, get in contact with a mentor who is employed not at the KU but at another university or research institution. This is done deliberately, because the program does not see itself as a replacement for the KU’s own professional mentoring. Rather, the exchange of ideas with persons outside of their usual circle is intended to give the young female scientists the opportunity to recognize their own competencies and to discuss career challenges in a confidential atmosphere. The aim is to gain insights into scientific structures and specialist cultures and to expand one's own network. After all, it is not only qualifications and commitment that are decisive for professional success, but also established structures. This applies to the relationship between the mentoring tandems as well as to the relationship among the individual program participants, whose collaboration we support with joint events. In addition, there are several workshops on central career topics - such as acquisition of third-party funding, training for job applications, or leadership issues.

However, it is not only the mentees that benefit from the mentoring relationship; mentors also profit personally and professionally from their involvement. Not only can they expand their counseling and gender competence by assuming additional responsibility, they will also gain insights into the living and working conditions of young scientists as well as into specific fields of research.

The KU mentoring program is a member of the "Forum Mentoring e. V." and supports its quality standards in mentoring. It is financed by funds from the Professorinnenprogramm III of the federal and state governments.

Further information is available at www.ku.de/mentoring.