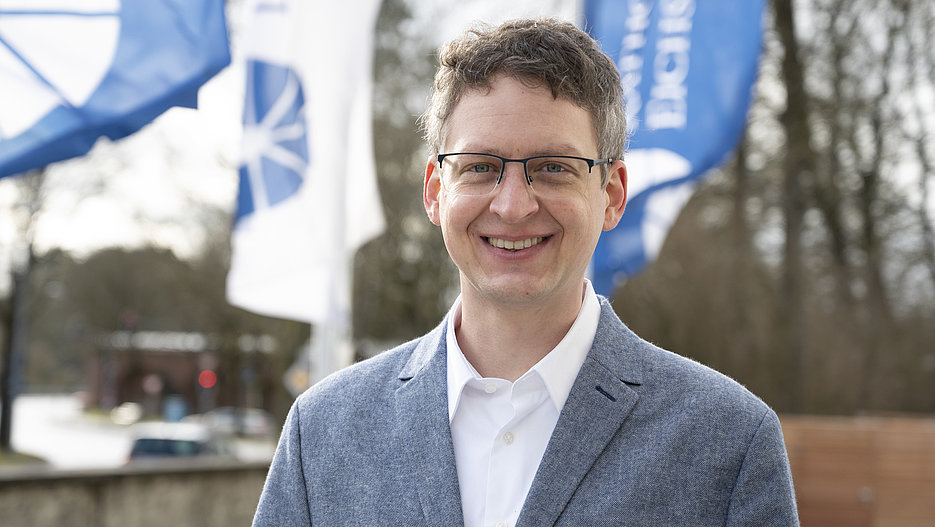 Prof. Dr. Felix Voigtlaender is the KU’s first holder of the new Chair for Reliable Machine Learning. The KU was awarded this new chair in a competition of the Bavarian State for the establishment of new professorships on artificial intelligence. Universities and higher education institutions from all over Bavaria had submitted a total of 175 applications to compete for 50 new professorships. Professor Voigtlaender’s research is funded by the Emmy Noether-Programm of the German Research Foundation (DFG). He is a member of the new Mathematical Institute for Machine Learning and Data Science (MIDS) at the KU and is going to hold lectures in the new Bachelor degree program “Data Science” that is to start in the winter semester at the KU.

Professor Voigtlaender studied mathematics and computer sciences at the RWTH in his hometown Aachen, and did his PhD there. He then became a research associate at the RWTH and the TU Berlin, before working at the KU for two years. His research then took him to Vienna University, where he took on a post as senior scientist. Before he came to the KU, Voigtlaender pursued a research project at TU Munich, which was funded by the DFG as part of the Emmy-Noether program. He has taken his project on the topic “Stability and Solvability in Deep Learning” to the KU.

Focus areas of his works are the mathematical foundations of machine learning, in particular with regard to understanding and reaching transparency in so-called deep learning. “This means training an artificial neuronal network with data in a way it can solve a task well - either automatically recognizing language or images,” says Voigtlaender. Despite the overwhelming practical successes, we still do not fully understand why this technology works so well and where its limits lie. “I think that the term “Artificial Intelligence” raises expectations that this technology, despite recent progress, can’t meet yet. That is why it is important to really understand the fundamentals of the math that yield machine learning results.”

That is why Professor Voigtlaender is also taking an interest in the robustness of neuronal networks: “We were able to show empirically, that these networks are often rather unstable. A minimal interference in the input, although indiscernible to the human eye, can make a trained neuronal network produce completely incorrect data. The picture of a panda bear will then be interpreted as a gibbon.” In some areas of applications, such as autonomous driving or medicine, such flaws of automatic data evaluation could have grave consequences. Against this background, Professor Voigtlaender is studying these so-called “adversarial examples” mathematically in order to find out why they occur and how they might be avoided. He additionally pursues research on what fundamental functions can be reproduced well by neuronal networks and which ones to a lesser degree and how much data is needed to successfully train a neuronal network.

In general, Professor Voigtlaender is fascinated by the fact that mathematics lets us “find absolute truths” whose universal validity is undisputed across the globe. It is this passion for maths that he hopes to pass on to his students.

Information on the MIDS can be found at www.ku.de/mids, for details on the new Bachelor’s degree program „Data Science“, please go to www.ku.de/ds.