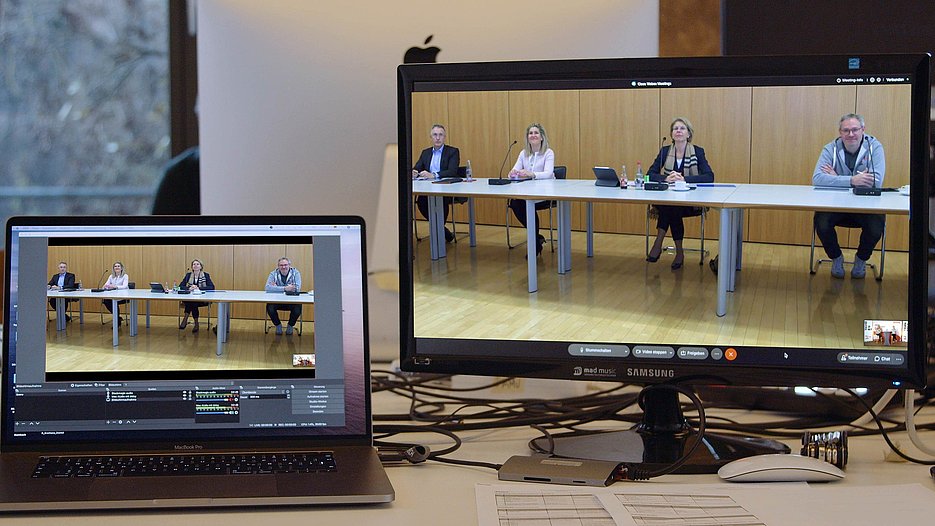 A team of students from the Ingolstadt Schoolf of Management (WFI) has been able to convince in a nationwide ideas competition organized by the chainsaw manufacturer Stihl, in which more than 350 students from 40 universities and colleges took part. For their concept "Refurbished by Stihl", they were one of three finalist teams to receive the "Stihl Cutting Edge Award". Three other WFI teams were also among the total of nine groups in the final round. In this way, KU was the only university represented in the competition with several teams.

Under the direction of Prof. Dr. Shashi Matta (Chair of Innovation and Creativity), a total of 14 teams from the "Innovation & Creativity" master's course took part in Stihl's nationwide "Open Innovation" competition. developed various concepts, including one that addressed how Stihl deals with used products and won an award for the best innovation on issues of sustainability. To this end, they held intensive discussions with customers and potential target groups - from foresters and woodcutters to hobby gardeners. It became clear that some people have a shed full of used equipment that is difficult to sell, while others would be happy to use a solid piece of equipment even second-hand. But what if a premium brand with a worldwide network decides to take up exactly this problem? In the smartphone market, Apple has already been doing it for a long time. The students' idea: Forestry users, who buy new equipment every two years anyway, can send in their old chainsaws and receive a discount voucher for their next purchase. The products are then refurbished by specialist dealers and resold at lower prices to other customer segments in their local stores and via an online platform. "A third of the customers could imagine sending in their saw, while even a good half were interested in buying a refurbished product," the students report. In addition, this type of marketing would contribute to sustainable product use.

To enter the competition, the students not only submitted their concept, but also produced a website and a video. Along the way, this also gave them the opportunity to get to know Stihl as a potential employer. "I think the double feedback we received for our work was great - both from our professor and from the mentors in the competition. I was able to take away a lot for myself here," says student Sarah Thiele.

"Our students prevailed against many other teams and proved that they are among the best and most innovative minds in all of Germany. Both this year (STIHL) and last year (EDF, a French corporation), our university sent more students to the finals of an open innovation competition than any other university. In both years, one of our teams won a prize," says Prof. Dr. Shashi Matta.

Successful participation in this competition exemplifies the strong practical orientation of a course of study at the Ingolstadt Faculty of Business and Economics. Those who are about to graduate with a bachelor's degree can find out more about further WFI offers and tips on starting a career at an online event on Friday, December 18, under the motto "Bachelor, now what?". Further information on participation and registration at: